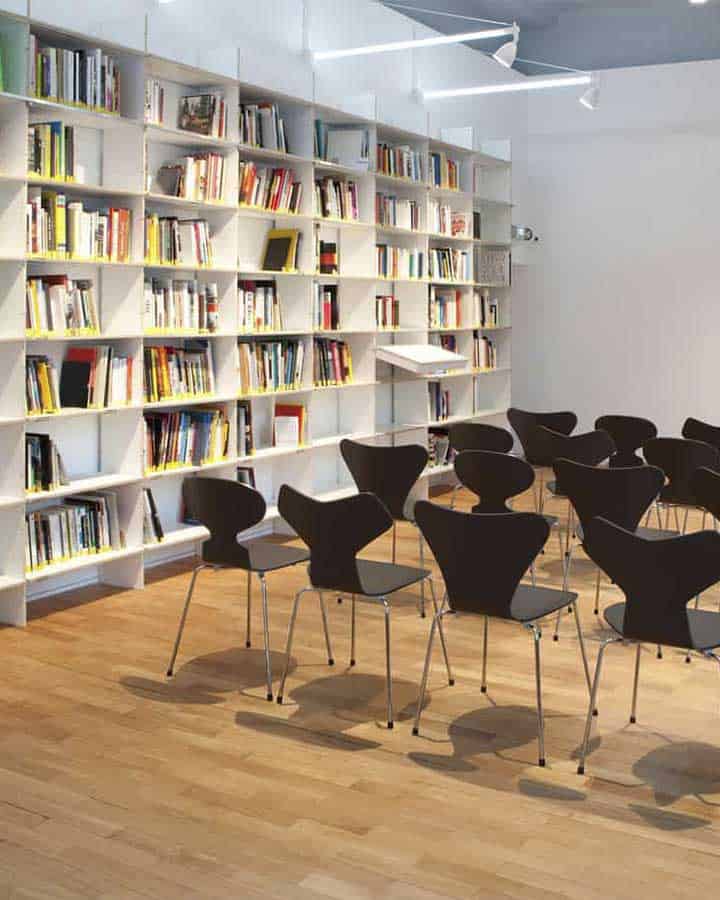 Book a unique space in Luxembourg 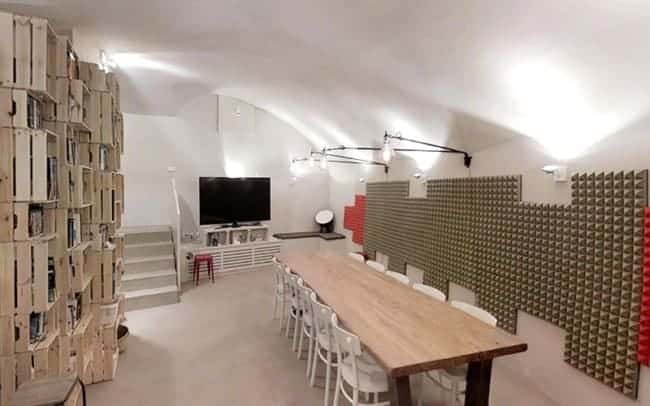 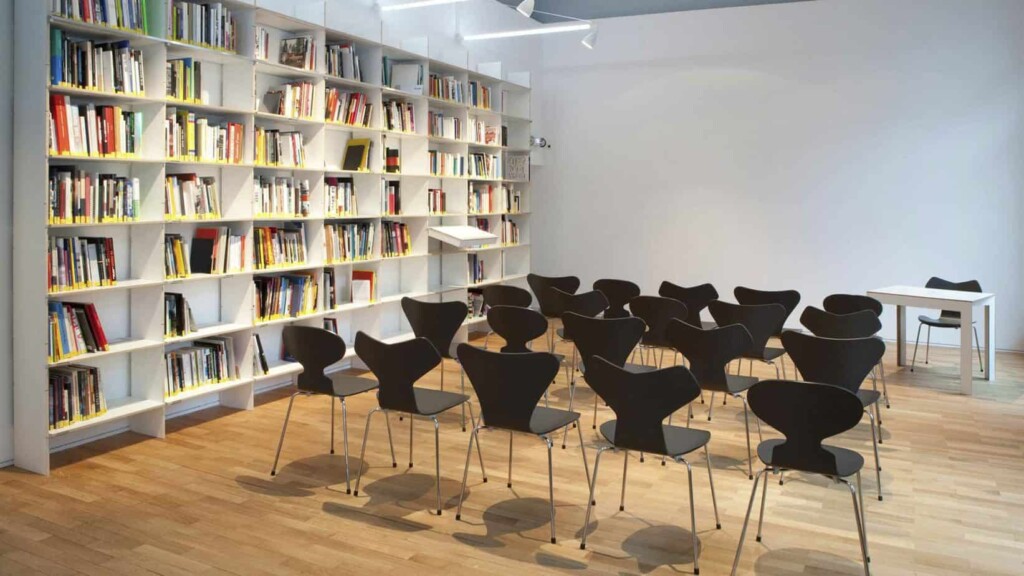 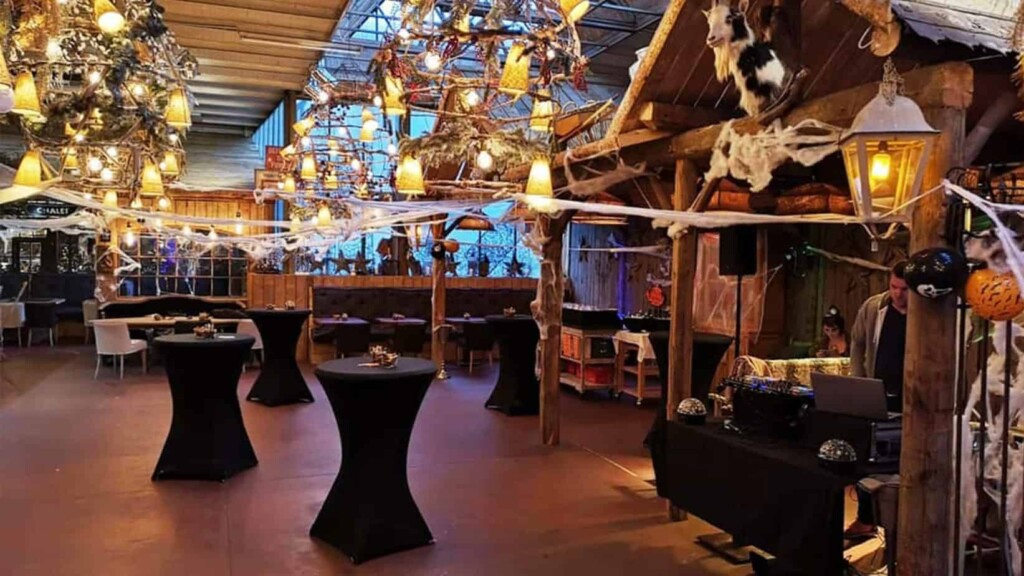 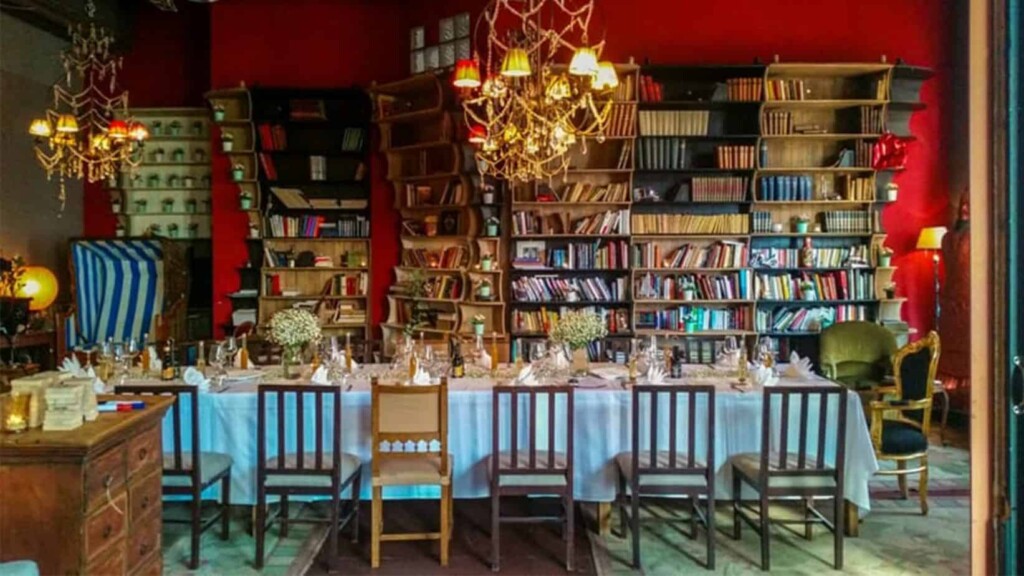 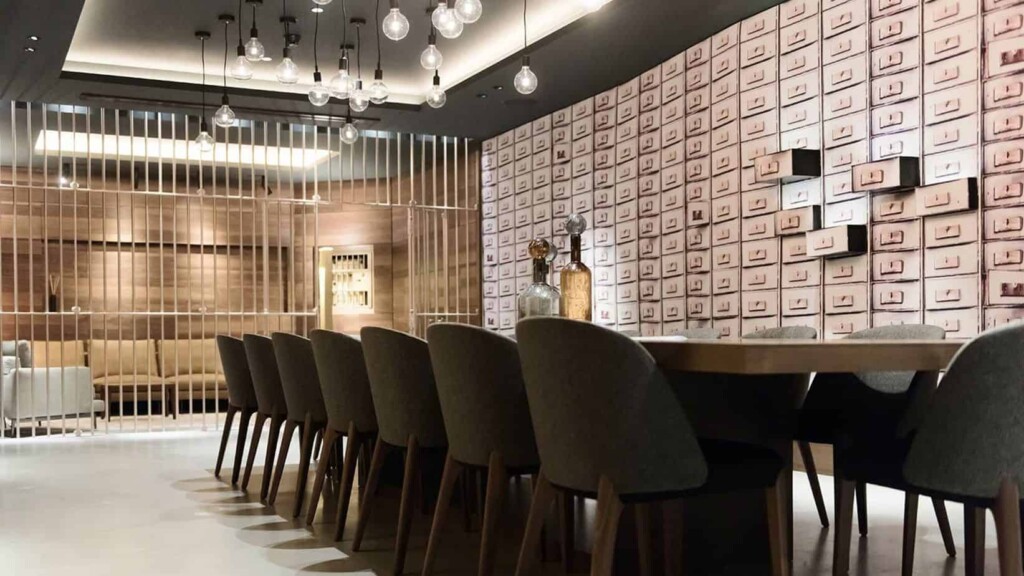 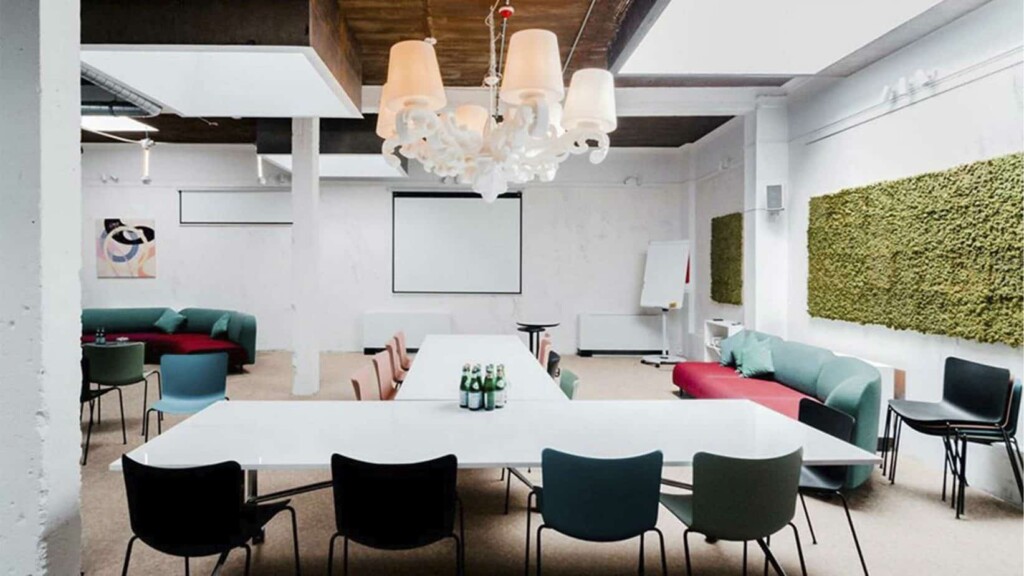 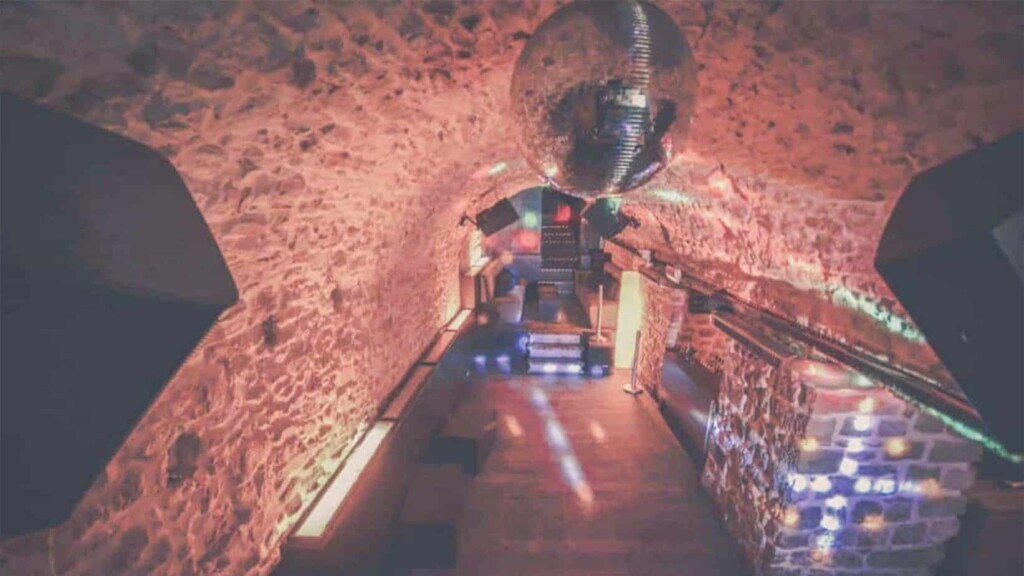 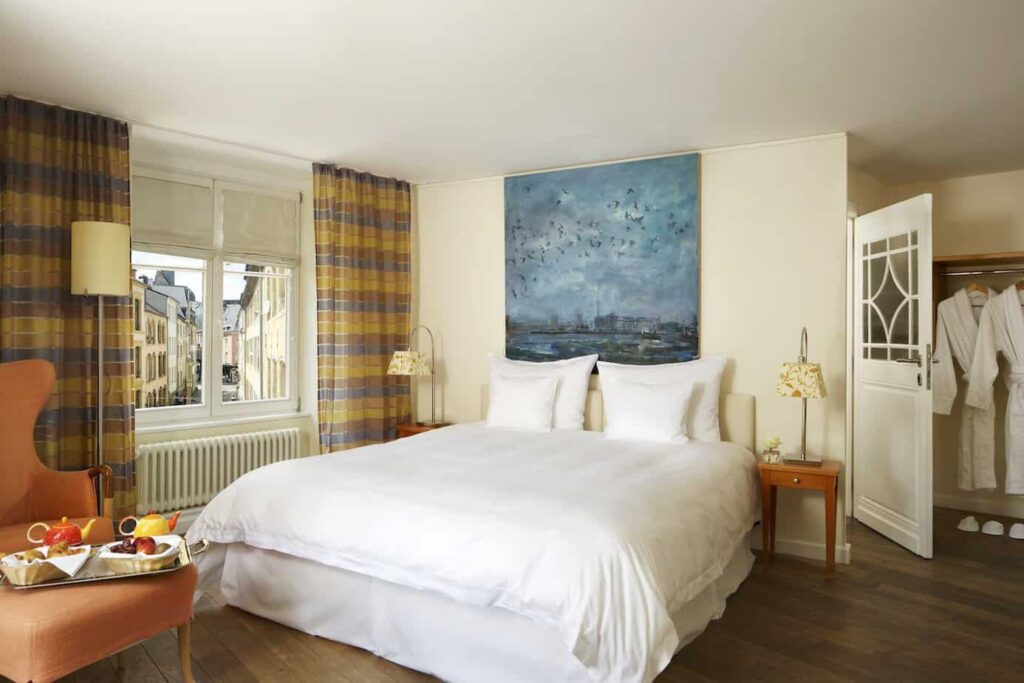 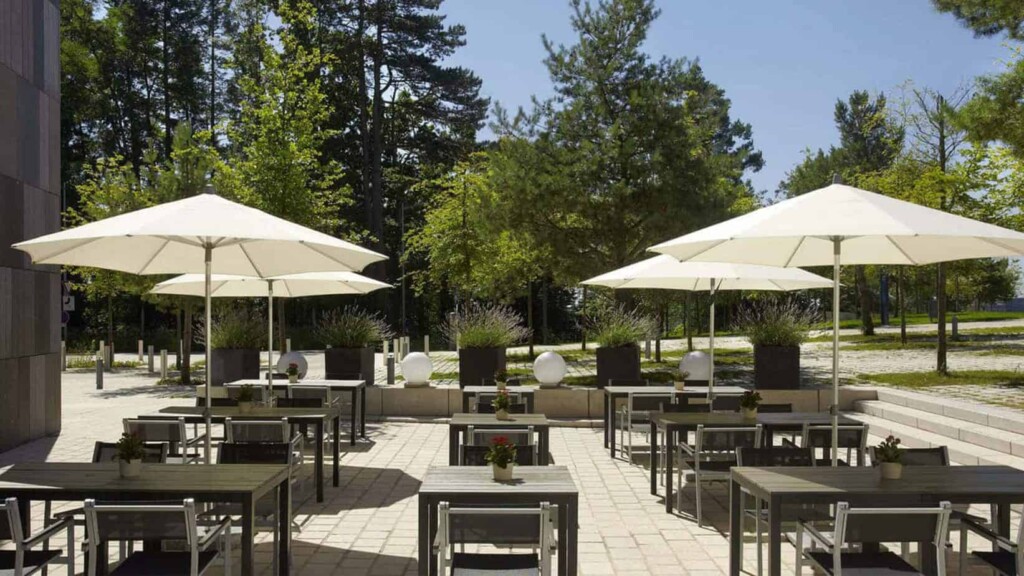 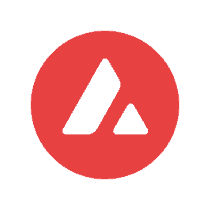 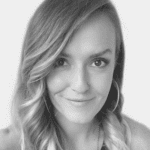 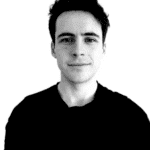 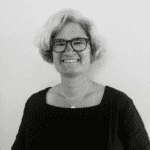 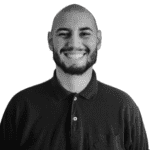 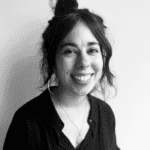 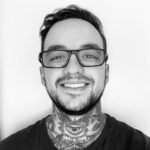 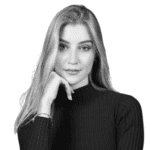 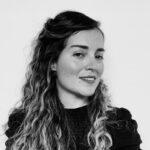 Luxembourg city is worth a visit due to its rich and interesting history. The city’s Old Town and Upper Town should be at the top of your list to visit. Use this Luxembourg City Guide as your tool to learn more about the city.

Ville Haute is the historic heart of the city. As the name suggests, it is the older part of the city. The architecture, combined with the nature of the city makes for a wonderful sight. UNESCO World Heritage protects this area. The zigzag streets are very walkable and will bring you close to the heritage buildings.

Where to Go in Luxembourg

Ville Haute is the historic heart of the city. As the name suggests, it is the older part of the city. The architecture, combined with the nature of the city makes for a wonderful sight. UNESCO World Heritage protects this area. The zigzag streets are very walkable and will bring you close to the heritage buildings. The Grand Squares and palaces are all within a few minutes walking from each other. You should make sure to visit the 17th-century Cathedrale de Notre Dame. This building was built over 400 years ago by the Jesuit religious order. You should not forget to visit two of the grand public squares. Place Guillaume II is a town square in the middle of Ville Haute. This square was originally the location of a monastery. However, during the French Revolutionary War, Napoleon had ordered to deconstruct the monastery and use the material to build a new town hall. Place d’Armes is the place where everyone meets. Young, old, local, and tourist. The area is an integral part of the pedestrian zone and surrounded by many street cafes and restaurants. The French troops of Louis XIV paved the ‘Parlour of the City’ around the years of 1671. Lime trees were planted, and the square was used for parades by the French. Cercle Cité is located at Place d’Armes and is a must-see. On the front of the building, you can see a unique frieze depicting the scene where Countess Ermesinde frees Luxembourg’s citizens in the year 1244. She did this by handing them the charter of freedom The oldest part of the city can be reached via an elevator or stairs. This will bring you to Grund. The ‘village within the city’ has a picturesque atmosphere that begs to be experienced. The area is perfect for you to wander around. The ancient bridges, many trees, and stone buildings will leave you in awe. You will want to visit the restaurants and pubs in this area to get the full experience of ancient Luxembourg. You should know that one of the neighbourhoods, Abbey of Neumünster, sheltered monks in the 16th century. Visit and be amazed by the history.

When to Visit Luxembourg

Luxembourg does not have a specific high or low season. Most attractions remain open year-round. So it’s perfect for a last-minute trip. Trust your Luxembourg City Guide. However, the different seasons will have a slight effect on the experience you have. Overall, the climate of Luxembourg is temperate, but there are some distinct differences. Spring You will need to be lucky in Spring in Luxembourg. If you experience a soft spring with sunshine, then you will love it. If you are out of luck, then you might find yourself in more cold and rainy weather. Prices for accommodation range between €79 and €145 per night. Summer The summer months are a great time to visit Luxembourg City. The weather is pleasant and warm, although you will also come across more tourists. You will likely pay between €90 and €150 per night for a hotel night. Hotels are likely to be busy around the National Day celebration on the 22nd and 23rd of June. It’s worth the risk to enjoy outdoor celebrations across the city. If you get the chance, make sure to visit the parade in the district of Kirchberg. Autumn Autumn does not bring much excitement to Luxembourg, though you will still be able to visit every historic corner of the city. If you are in town on October 1st and 2nd, please visit the Apple Fest! Expect to pay between €85 and €144 per night for a hotel during this period. Winter Although the winter is undoubtedly the coldest and wettest time of the year to visit, there is plenty to do. The festive charm of the city is alive between November until January. You will feel as if you are walking inside a fairy tale. Street entertainment, exhibitions, shows and concerts are all yours to experience. Hotel nights will be around €62 and €113 per night.

This Luxembourg Travel Guide is thorough and you will be happy to know that March 2020 was the start of free public transport throughout Luxembourg and Luxembourg City. You can use trams, trains, and buses free of charge. This counts for both residents and tourists. For international travel, you will likely make use of the airport. Luxembourg airport is a short 10-minute drive away from the city centre. Bus Number 29 can take you in 20 minutes from point A to point B. Taxis are available, but it is an expensive option; they charge about €2 per kilometres. You will need your hiking shoes because this city is made for walking. Most major attractions and sights are within 0.5 kilometres from the city centre. Areas around the city are suitable for longer strolls and hikes. You should go up to the greener areas around the city. Great hiking trails could make a perfect sunny afternoon even better.

Where to Stay in Luxembourg

Europe’s greatest fortified coyote is divided into 24 ‘quartiers’. Each quarter will provide you with a slightly different experience.   Ville Haute Ville Haute, or Old Town, is the most historical part of the city and will certainly spark your interest all around. Your first-time stay will likely be in Ville Haute to soak up the history and be amazed by the beautiful architecture. Grund Grund is a wealthier neighbourhood. The area has beautiful views, which go hand-in-hand with high housing prices. It is the liveliest and most multicultural area. This is also a great area for nighttime explorers seeking bars and pubs. If this is your second time in the city, then Grund might be the area for you. Gare This neighbourhood is for you if you enjoy being in the middle of attractive boulevards. This area is located around the city’s central train station. It is a hub for business, shops, and restaurants. This is a rather busy and booming area with a constant stream of people, making it all the more interesting. Kirchberg Kirchberg is in the northern part of Luxembourg city. This is the European quarter and is a modern yet residential business district. Several European institutions and other businesses are located here. This is also the core area for expats. Nearby is the D’Coque arena, the country’s most prominent sports venue, the Grand Duke Jean Museum of Modern Art and the national concert hall Philharmonie Luxembourg. Bonnevoie Bonnevoie is located in the south of the city and is Luxembourg City’s largest district. It’s primarily a residential area that is most popular among families. But don’t write it off yet; the area has loads of green spaces and a friendly atmosphere. This is a good area for returning travellers who might be looking to stay in a B&B. Languages in Luxembourg This Luxembourg Travel Guide doesn’t overlook anything. You should know that Luxembourg has three official languages: Luxembourgish, German, and French. Interestingly, each language serves an unofficial purpose. Luxembourgish is the language spoken among locals. French is used for business, and German is used in media. You have nothing to worry about if you arrive with your English skills only. Most people in Luxembourg speak a decent English level, and people are more than happy to help you where they can. The Cuisine of Luxembourg As you could expect, Luxembourg’s cuisine has been shaped by its neighbours. France, Belgium, and Germany have all had their fair share of influence. Traditionally speaking, the portions of food are relatively large, and there is a heavy emphasis on meat and fish. You will also find that potatoes and wine are important building blocks for the locals. You will have nothing to worry about if you prefer lighter dishes. The restaurant scene around Luxembourg has been growing and is ready to cater to international bellies.

FAQ for Event Venues in Luxembourg

Why Should I Host My Corporate Event in Luxembourg?

The government of Luxembourg and the City of Luxembourg are committed to expanding the business events sector. As a result, you can expect a high level of local support and financial incentives. Your international delegates will be comfortable travelling here, too. Luxembourg is in the heart of Europe, boasts the first free public transport system and was ranked as the world's safest city in 2019.

How Much Does It Cost to Host a Conference in Luxembourg?

The cost of hosting a conference in Luxembourg can depend on many factors, such as the number of participants, breakout rooms, catering, and accommodation. Check out our guide to conference planning to ensure you have considered all expenses in your budget. Our City Experts can give you a rough quote based on your event requirements.

Are There Hotels Close to Luxembourg Airport?

Yes, there are several hotels next to Luxembourg's airport. Ask one of our City Experts for a recommendation. However, Luxembourg City is only 30 minutes from the airport, so you're spoilt for choice!

A fun fact: Stockholm is well-known for having a wide variety of castles formerly owned by the land’s Lords and Ladies. Nowadays, you can hold meetings, spend the night, or simply dine in these luxurious spaces. Spacehuntr partners with most of them, so please feel free to ask our City Experts for more info.

What Are the Best Areas to Stay in Luxembourg?

At just under 2,600 km2, Luxembourg is the 7th smallest country in Europe. So, you can't go wrong when choosing an area to stay in Luxembourg City; most attractions are just a 5-20 minute walk away. However, we recommend the Old Town. It's just next to the city centre and is close to lots of historical attractions.