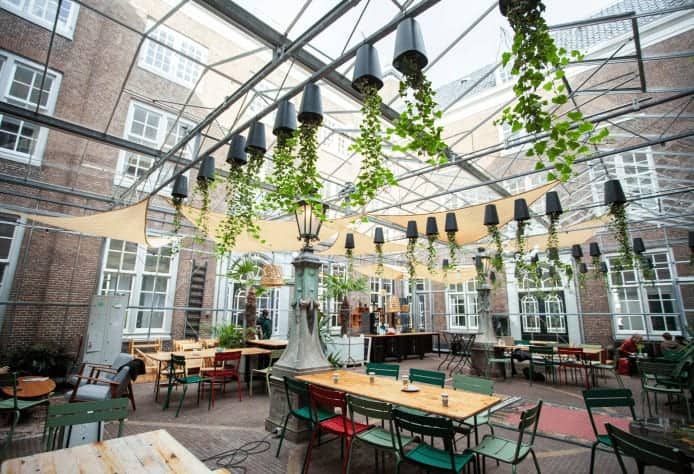 The icebreaker’s beauty is that its framework lays the foundation for sincere and organic conversations.

Just think, one of your icebreaker games could spark a best-friendship. Who knows, a wedding toast could start with a humble reference to your event.

We understand any hesitation and cynicism, but just hear us out. We’re absolutely positive you’ll find some fun games here for your conference!

What Do You Want From an Icebreaker?

We’ve got some exciting icebreakers to share with you. But first, let’s quickly touch-base and go over what icebreakers probably shouldn’t be…

A bit of tact goes a long way. The last thing you want is to make people uncomfortable. So do your best not to put them on the spot, or ask too many personal questions. It’s also best not to ask people to speak before you’ve broken them into smaller groups. They didn’t sign up for a public speaking course!

It’s good to make it feel as organic as possible. Allow participants to interact and respond to what’s happening. Otherwise, you’ll let them sit and prepare a statement in their head.

When asking strangers to interact with each other, stick to some form of professional relationship. They will form their own boundaries naturally. It might be wise to avoid asking them to touch each other or reveal personal information about their lives.

Your guests already have one thing in common: they’ve come to your event, and almost certainly for a reason. You can use that to your advantage — tailor icebreakers related to your event’s theme and the work ahead.

The icebreaker isn’t the crux of your event. People don’t usually attend events to indulge in icebreakers. It’s a warm-up, after all. So perhaps it’s best to make sure that your icebreakers don’t cut too much time into your agenda.

Icebergs, made famous by the 1997 film Titanic, are breakaway bodies of ice from the earth’s polar regions.

Think of your event as a polar ice cap, and break your guests into little groups, icebergs, if you will. It’s a laboured and flimsy analogy, but we grasp at any chance to refer to Titanic.

If you have breakout rooms at your event to perform your icebreakers, then all the better!

This one is quite lame, but it’s fun! What you do is compile a great big list of dad jokes.

So, for example, one of the cards could say…

“How do you think the unthinkable?”

If you laugh, your opponent gets a point. If you split into threes, you can have a judge and two contestants.

The judge carefully monitors the fine line between smile and laugh. But they’d be wise to be lenient. It’ll be their turn next.

This one is simple enough and is even possible in small groups. The chosen moderator picks and proposes questions for the group to vote on.

You can do this by show of hands, by Ayes or Nays, or maybe virtually?

“Does pineapple belong on pizza?”

“Is Die Hard a Christmas film?”

Okay, maybe not that last one. It’s best not to ask anything too controversial.

Can your guests finish each other’s sentences? There’s every chance. More so than finishing each other’s sandwiches. That’s just not hygienic.

“The first album I ever bought was….”

“My favourite meal is…”

And the rest takes care of itself. It’s fun, you’ll see.

Heads Up! A classic game that will have even the most gentile of attendees shouting, raving, and desperate to be heard.

Players raise a phone over their forehead, and other players see a name, place or a thing. They have to describe the person, concept, place, thing without saying what it is. And you guess. This gets very animated!

For example, if the phone says, Daniel Radcliffe, you can all shout over each other something along the lines of, “The lead actor in Harry Potter.”

And unless your attendee has been living on a different planet than ours, they’ll surely guess right.

Everyone loves the thrill of the competition. There’s nothing that unites people more than either winning or resenting other people that are winning.

This one is great to shoehorn relevant themes of your event into!

Not that you can incentivise folk in a competition scenario like this. Even the smallest and pointless prizes can get people invested in your games.

Just like with real speed dating, you could pair up your guests for 2 minutes at a time. Give them two simple tasks: getting to know each other and finding out something interesting they’ll remember by the end of the session. Simple.

Storytelling, one of our oldest and most sacred traditions. And in your case, it could be a sneaky way to turn strangers into best friends?

Invite your guests to tell their own tales, with simple prompts like…

“Tell us about a time you blew people away at work.”

“How did your first job help you get where you are?”

Cornhole and other Pub Games

Cornhole is an annoyingly addictive pub game. It involves tossing bean bags onto an angled plane with a hole.

The beauty of these games is that you’re not asking your guests to talk. But over the fun and tribulations of the competition, small talk and bonding will come automatically. The possibilities are infinite. How about table tennis? Maybe a light board game?

Okay, so we did say earlier that these icebreakers should only be a warm-up for your event. But what if you allocated just a bit of time to a more elaborate icebreaker?

What about just a half-hour escape room? That could be quite the icebreaker. Or a scavenger hunt? You could incentivise the winning groups with a prize.

Another idea for developing camaraderie amongst your team could be through video games? Check out our interview with Splitscreen to learn about an awesome and unique team building activity. 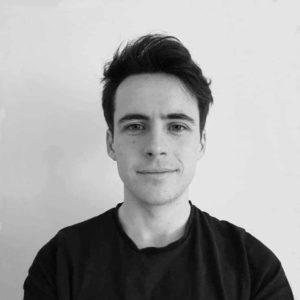 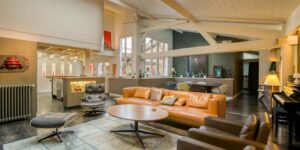 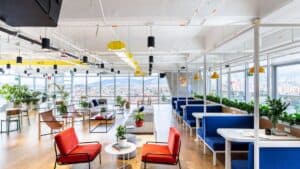 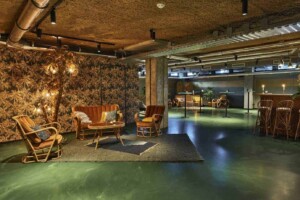