The Best Luxury Hotels in Madrid 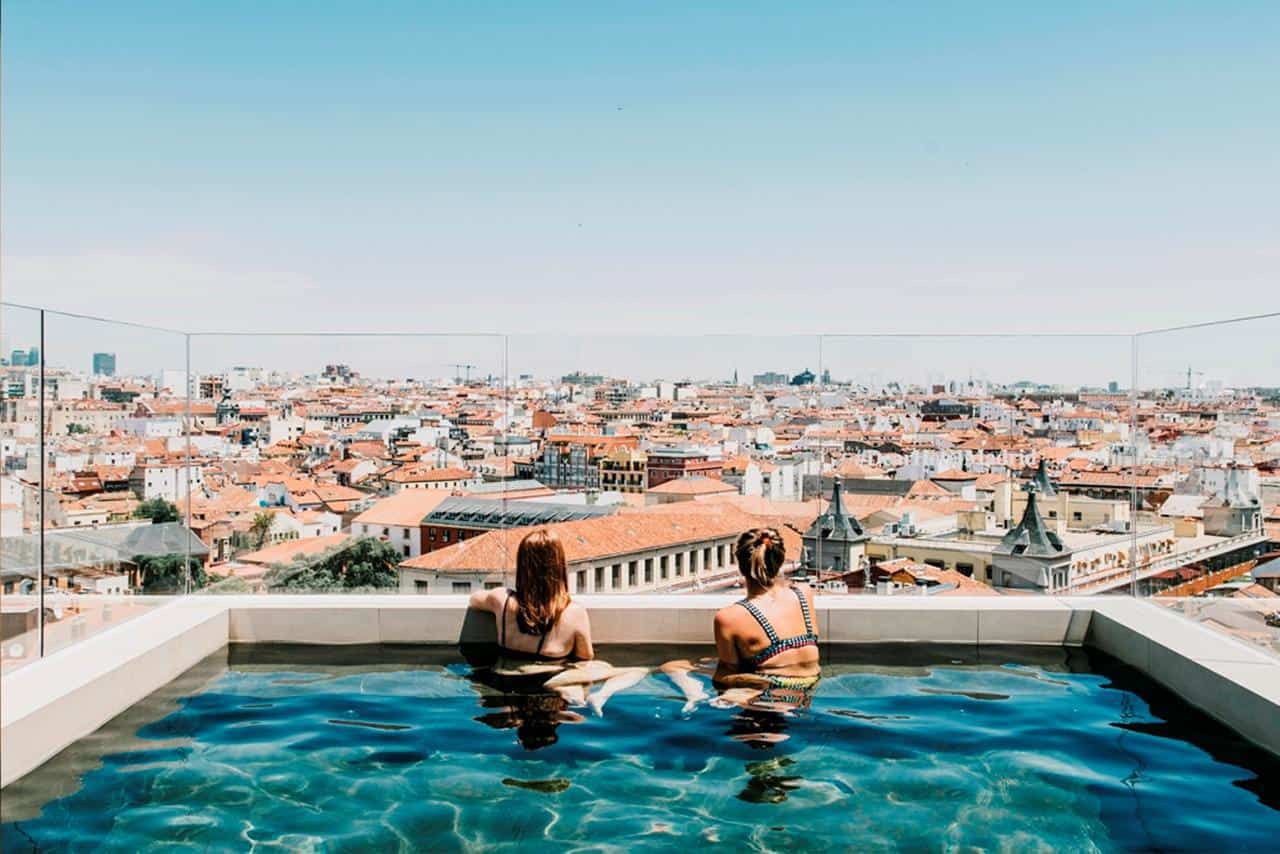 Madrid certainly is a special place; elegance, grandeur, old-world charm, and a foot in the future. It’s a shame you’ll never see it though because we’ve put together a guide to the best luxury hotels in Madrid, which will make it frustratingly hard to leave. Apologies in advance.

Room Mate Oscar is a stunning building with a rationalist style reminiscent of the Bauhaus movement. It is round the corner from Gran Via, a central location and one of Madrid’s most charming plazas.

Renowned interior designer Tomás Alía oversaw Room Mate Oscars décor; its 74 rooms range from standard, executive, junior suites and regular suites. Each is decorated with lively tones and modern fun furniture. And you’ll be sorted with all the latest amenities. Some hotel rooms even have views of the Plaza de Pedro Zerolo.

Despite all of that, Room Mate Oscar insists it’s their amazing service that makes them stand out. Because who doesn’t like friendly service? And besides, just look at that terrace!

The Hotel Urban 5*GL focuses on gastronomy, art, and design, which makes it a truly unique luxury hotel in the heart of Habsburgs Madrid. Aurelio Morales and Angel Leon have masterminded five-star dining options, so booking here is worth it just for the food.

The Hotel Urban 5*GL can also host meetings and events for your next corporate event. They can host up to 300 people, with fully functional and modern technologies, upkeeping with the buildings exquisite architecture.

The Hotel Urban seals the deal with their guest relations and concierge service. They go to great lengths to make sure their service is personal, with the smallest possible details taken care of.

Hotel Santo Domingo is the perfect combination of old and new. It is the amalgamation of two different but interconnected buildings – one from the 20th century, and one from the 21st century. Each room has an original design.

The hotel specialises in traditional Spanish cuisines from Restaurante Sandó y Barra de Sandó. The cocktails and drinks are taken care of by Cuevas de Sandó and Sunset Lookers on the rooftop in the summer.

That rooftop really is something else too. Its impressive city views and swimming pool are open from June to September (for guests only). The terrace is ideal for watching the sunset or relaxing with a drink.

Dear Hotel has 360º views of Madrid from its remarkable roof terrace. Let us say that again, 360º. There’s even a sky pool, people!

You can also enjoy a cocktail at their panoramic solarium and watch the spectacular sunset over Casa de Campo while listening to the best music.

We can safely say that the studio has perfectly pulled off modest but stylish hotel rooms. It’s a strong identity for Dear Hotel.

It is five stars in every category, with a stunning bar, rooms for every type of event, outstanding restaurants, and a very well fitted gym.

It’s also part of history. The building was once considered the tallest concrete building in the world.

The stylish hotel is a strong symbol of the city. And it’s in the perfect location to roll out of bed and explore as it’s on the iconic Plaza de España. From there, you’re just off the Gran Via. It’s also just a ten-minute stroll from the Royal Palace, and fifteen minutes away from the Plaza Mayor!

Hotel Indigo Madrid – Gran Via is a luxury hotel that celebrates the city it calls home. Giant murals of Madrid’s most iconic landmarks bring life to their bespoke rooms, and generous windows showcase stunning views of the real thing.

The rooms are heaven. Think decadent velvet sofas to fall into and state of the art rain showers. Then you’ve got the showstopping rooftop infinity pool and a fantastic selection of cocktails. It’s one of the big hitters on the Madrid Hotel scene.

This location is ideal for getting to know Madrid. Being on the Gran Via, you’ve got the best of Madrid’s fashion stores, and some great bars at your doorstep. Or you can move along a couple of blocks to Plaza Mayor to indulge in Madrid’s famous calamari sandwiches.

But then again, why leave? Their in-house bistro El Gato Canalla does contemporary tapas and fine wines. So, maybe forget what we said about exploring the city.

B&B Hotel Puerta del Sol has 74 rooms, and are prime examples of innovation with light and colourful interiors.

The modern lobby lounge includes complimentary coffee and tea service 24 hours a day. It is the perfect place to unwind, socialise, work, or catch up on your favourite series — a darling of public spaces.

Hotel Único Madrid is a five-star luxury hotel located in one of the most exclusive areas of the capital, in the heart of the Milla de Oro – or Golden Mile – of the Salamanca district.

It’s a 19th-century palace, but that doesn’t mean it’s old and dusty. It’s bursting with natural light and is full of life.

The private garden is worth the booking fee alone. Take a coffee in the lounge or the library as you gently look over some emails. Or just take some time for yourself.

The restaurant is the talk of the town, with acclaimed chef Ramón Freixa at the helm. It’s a place where the senses are awoken and shaken vigorously. The two Michelin stars and three Repsol Suns speak for themselves, let’s be honest.

Look, yes, these hotels are clearly stunning. You’re probably tempted to stay in your luxurious room until the taxi for the airport pulls up. So it would probably take something pretty cool to lure out one of the best boutique hotels in Madrid.

Funny you should say that, because we’ve also written a guide to the best group-friendly restaurants in Madrid. 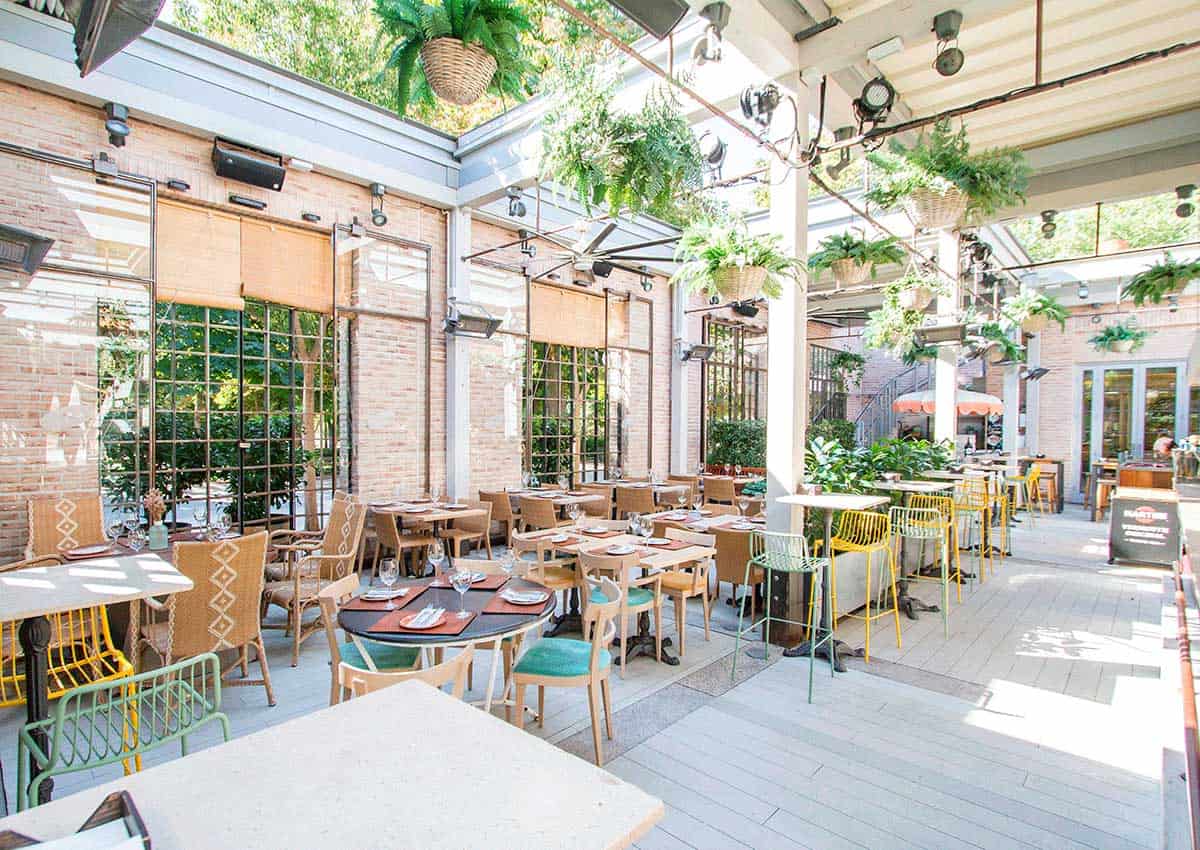 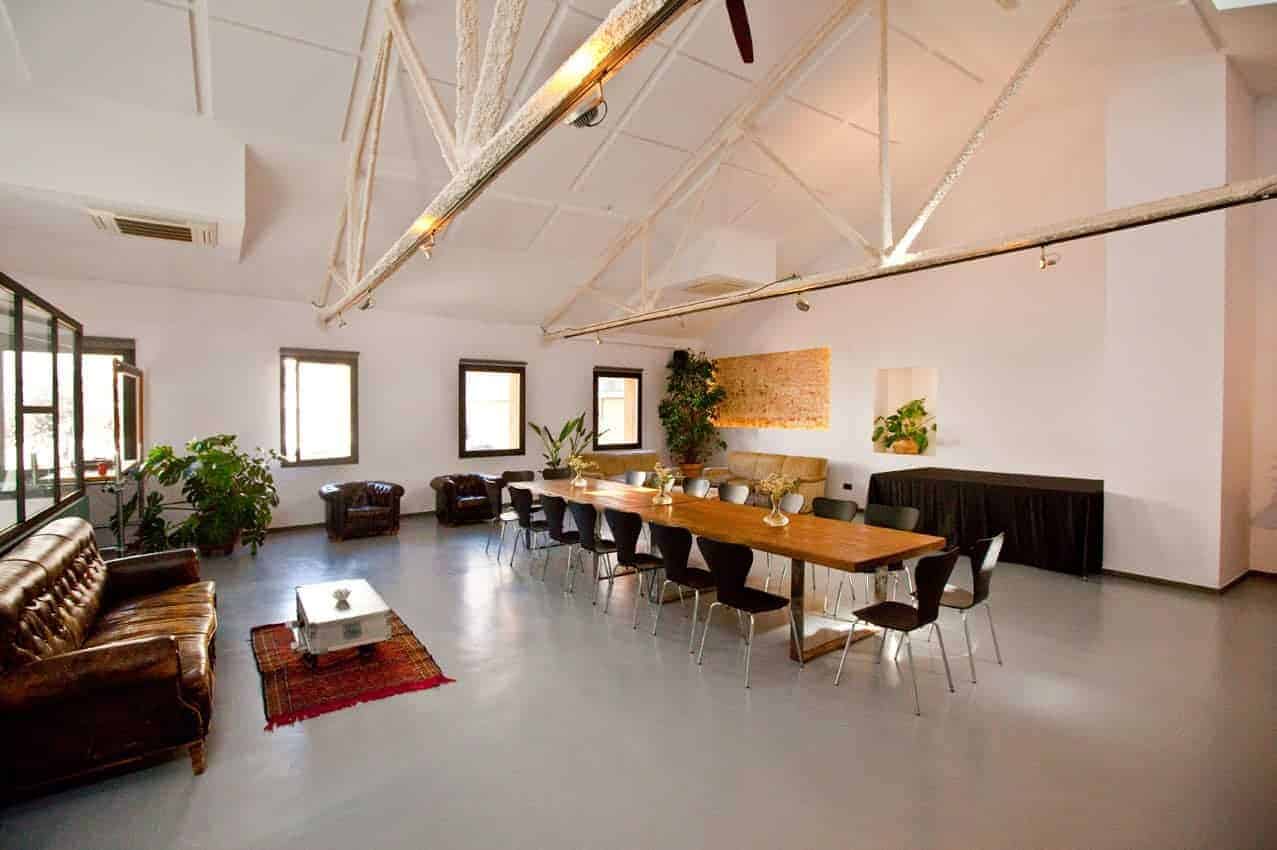 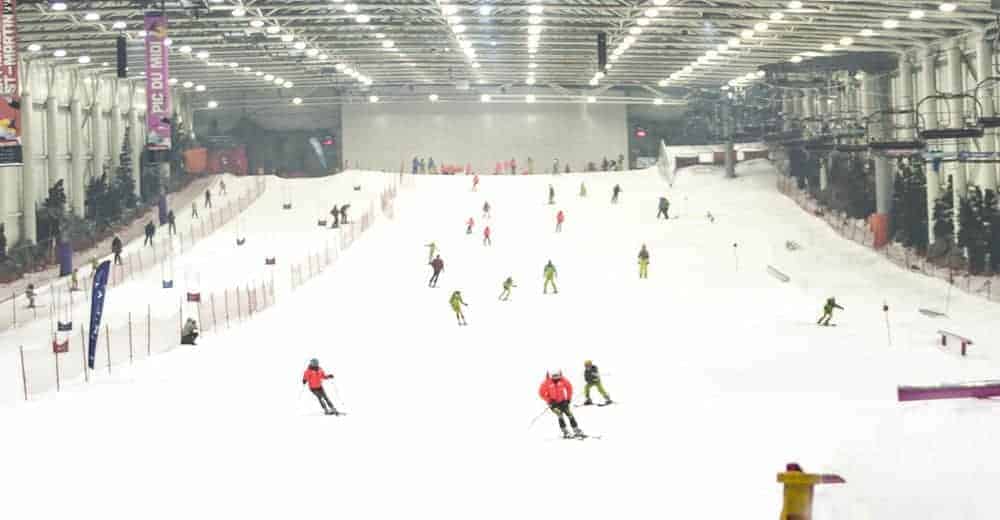 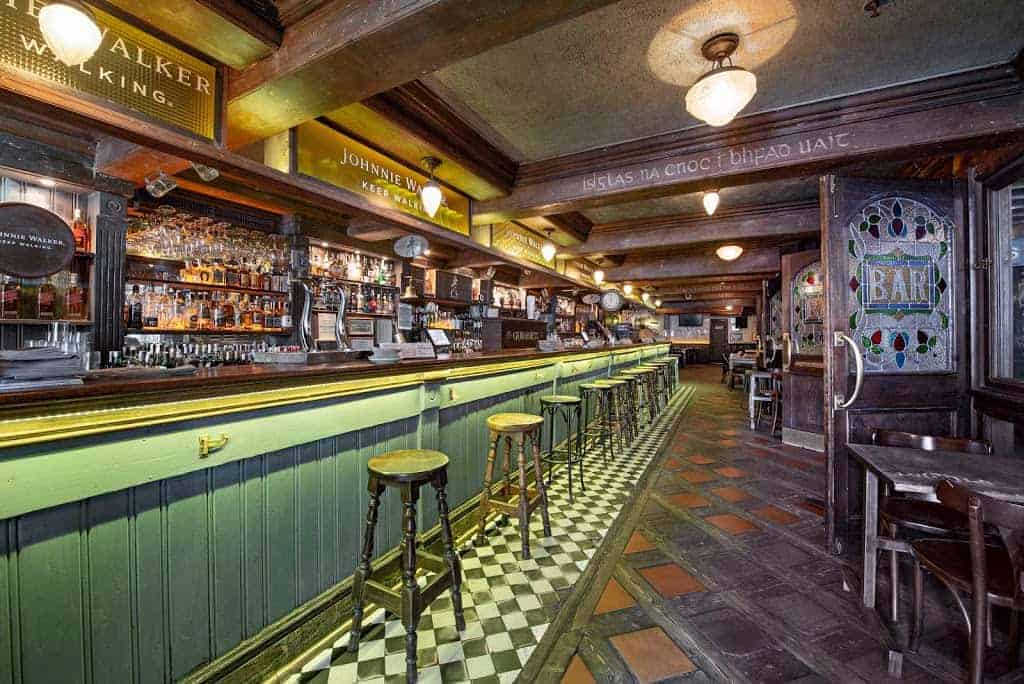 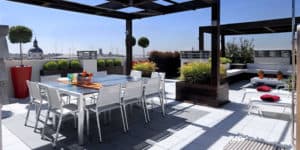 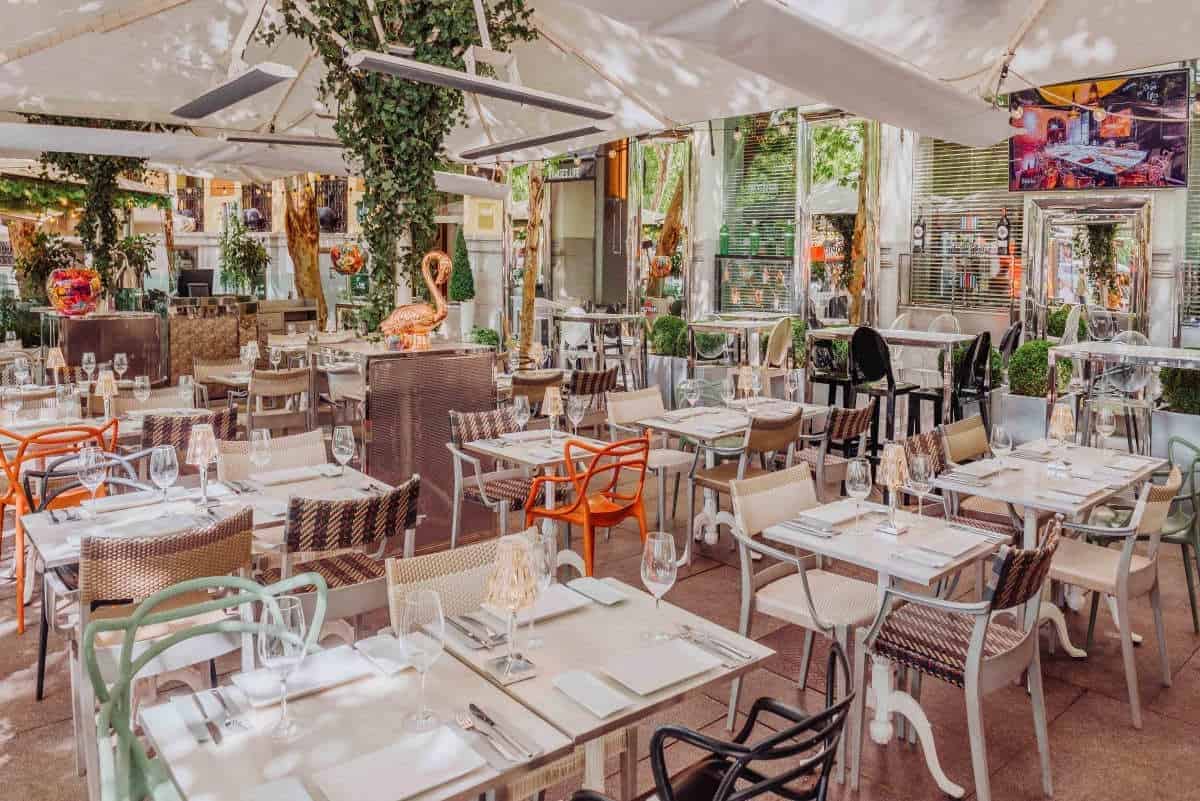 Where to Host Your Corporate Party in Madrid 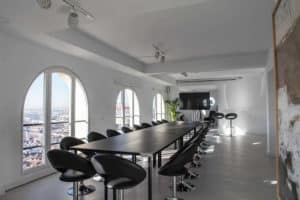 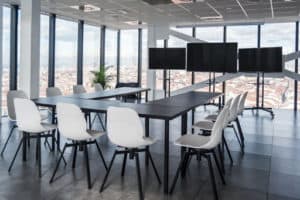 The 8 Best Training Rooms in Madrid 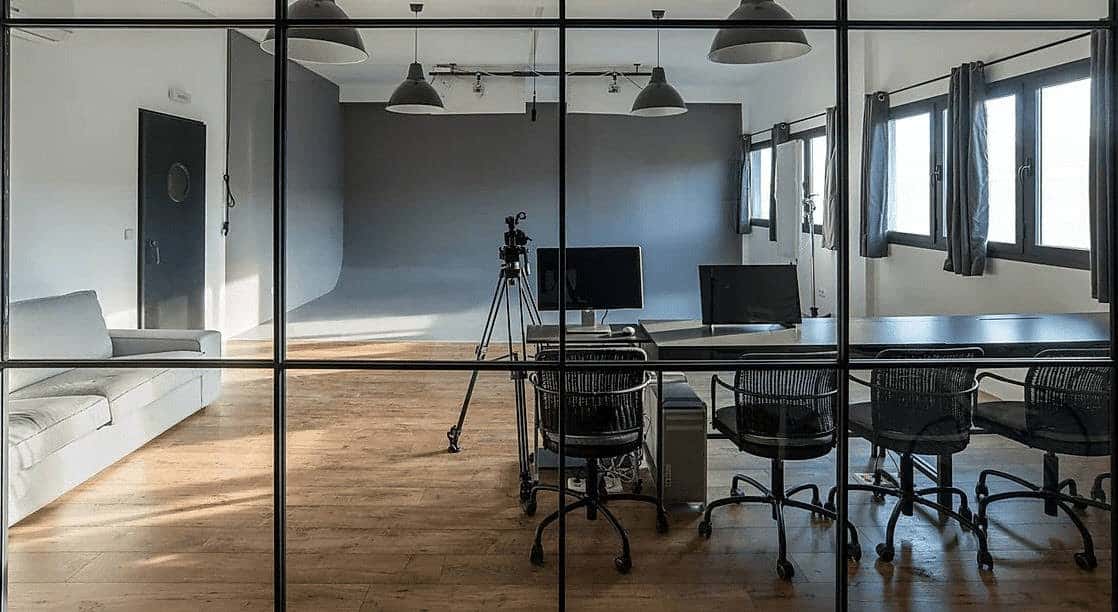 The 9 Best Photography Studios for Hire in Madrid

Where to Host a Conference in Madrid 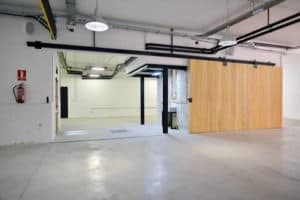 7 Exhibition Spaces for Hire in Madrid