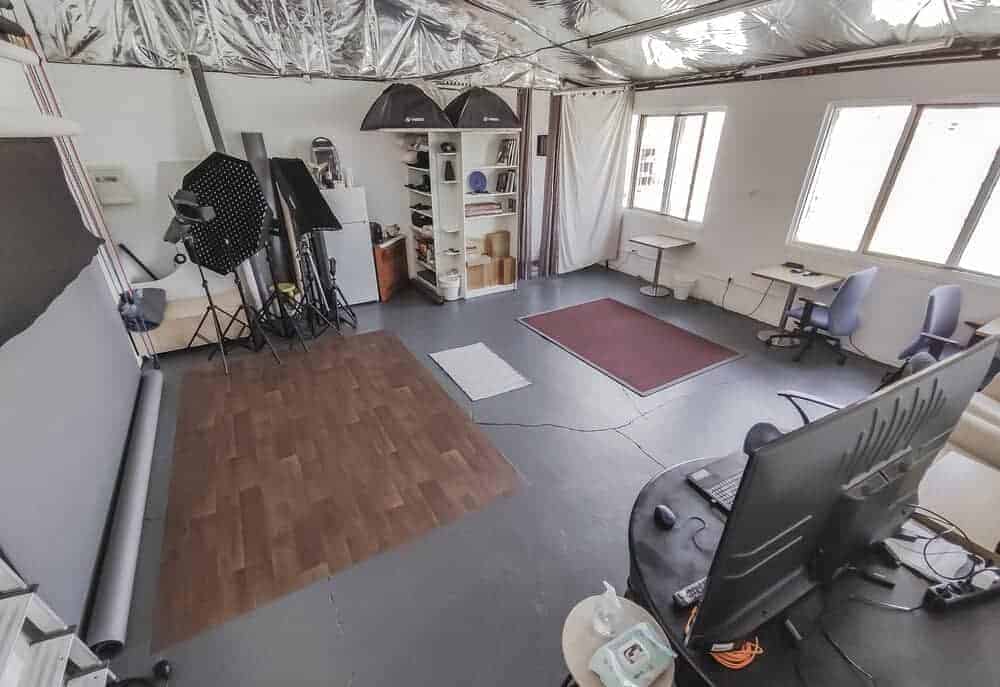 When it comes to film shoots, the location is everything. It sets the tone; dictating the impression it leaves on your viewers.

And as we know, first impressions count; and ineffective ones last. So to help you out, we’ve put together this guide to the best film shoot locations in Lisbon.

We’ve put together a list that will suit every taste; whatever the genre of your film shoot, we’ve got a venue below that will bring it to life.

In short, you’ve got a fantastic idea for a film shoot, how exciting. Our thing is hunting down exciting venues. Now you can worry about something else, so get to it!

We’re kicking off with something perfect for an industrial video shoot in Lisbon. A warehouse down by the river.

Its most striking feature is the open-layer brick wall, with large arched lattice framed windows. It’s spacious too, with 250m2 of floor space, and a towering 6-metre ceiling.

It’s nostalgic, recalling the industrial era, and promises film shoots that are atmospheric. It’s bursting with natural light, and has a large hangar door, meaning you can bring in large props or set pieces to build a film shoot in your own image.

2. Irreverent and Trendy Hub for a Video Shoot in Lisbon

Perhaps you’re not looking for an industrial atmosphere in your next film shoot location in Lisbon. Maybe you’re looking for a proper studio.

In that case, we have this irreverent and trendy hub built for purpose. You’ll also have lots of natural light and great views to help you on your way. It’s a versatile space where you can decorate it as you like.

You’ll have a capacity of 20 people and a floor space of 40m2. It, of course, comes with all the AV equipment you’ll need for a professional shoot. You’ll also have 5G fibre internet and a 55” smart TV.

3. Outstanding Concept Film Location in Lisbon With a Charming Atmosphere

Up next, we have an outstanding concept film location in Lisbon with a charming atmosphere. It’s a nostalgic venue, with a central location and a whopping 950m2 to play with.

You’ll find it in a building dating back all the way to 1837. It stands almost exactly as it did all that time ago. It has undergone some subtle renovations, giving it all the benefits of contemporary design while still keeping its old soul intact.

It’s great for film shoots because it has three separate spaces: a foundry, an old theatre, and a garden. That means you can be more ambitious and diverse with your production.

If you’re looking for a location that offers rich folkloric vibes, then here you have it. It’s a colourful film shoot location in Lisbon with an authentic patio.

The courtyard is enclosed by a historical facade, steeped in colour, balconies, and terracotta roof tiles. It’s a ready-made venue for shoots that invoke Portuguese heritage and homeliness.

It also comes with optional fixtures such as a small bandstand, a transparent temporary roof, AV equipment, and versatile furniture arrangements.

5. White Event Hall With Traditional Portuguese Elements For a Video Shoot in Lisbon

Alas, this is the last of our offerings for your next video shoot in Lisbon. It’s a white event venue with traditional Portuguese elements.

What you have here is a venue of pure class. It could be perfect if you have a luxury concept or product to promote.

Its stand-out fixtures include the terracotta flooring, the Azulejo wall tiling, and the gorgeous chandeliers.

Plus, you’ll have excellent catering options, sound equipment, versatile furniture arrangements, and staffing. And finally, it has a total capacity of 80 people.

Cut, that’s a wrap! So there you have it, the best film shoot locations in Lisbon. We hope you found what you’re looking for. If you’re now hungry for more high-quality venues – very understandable – then perhaps you’d like to check out our selection of photoshoot rooms in Lisbon.

And while you’re in town, why not make the most of it. Check out our guide to the 7 best team building activities in Lisbon. Your team will love them! 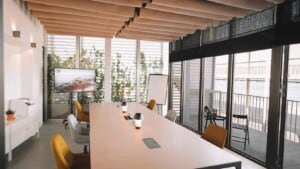 Where to Host a Presentation in Lisbon 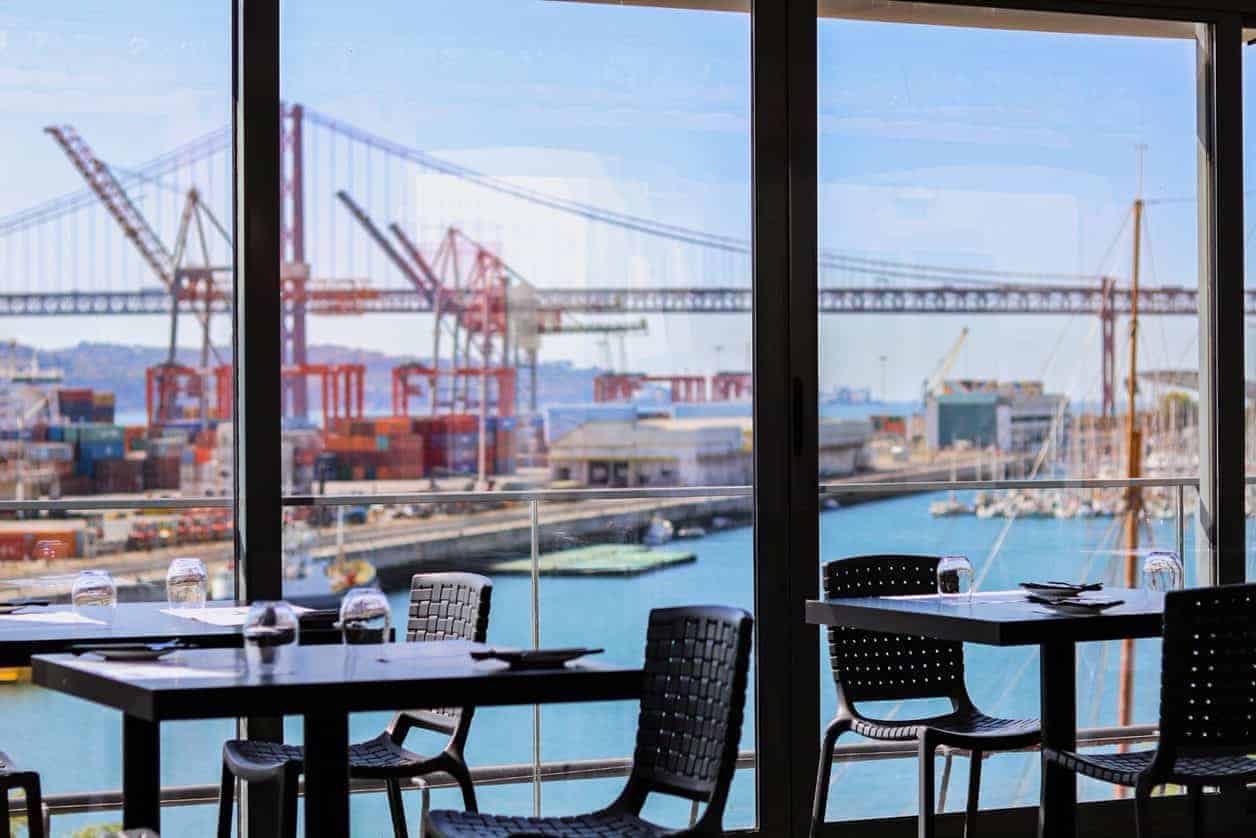 The 7 Top Industrial Venues in Lisbon 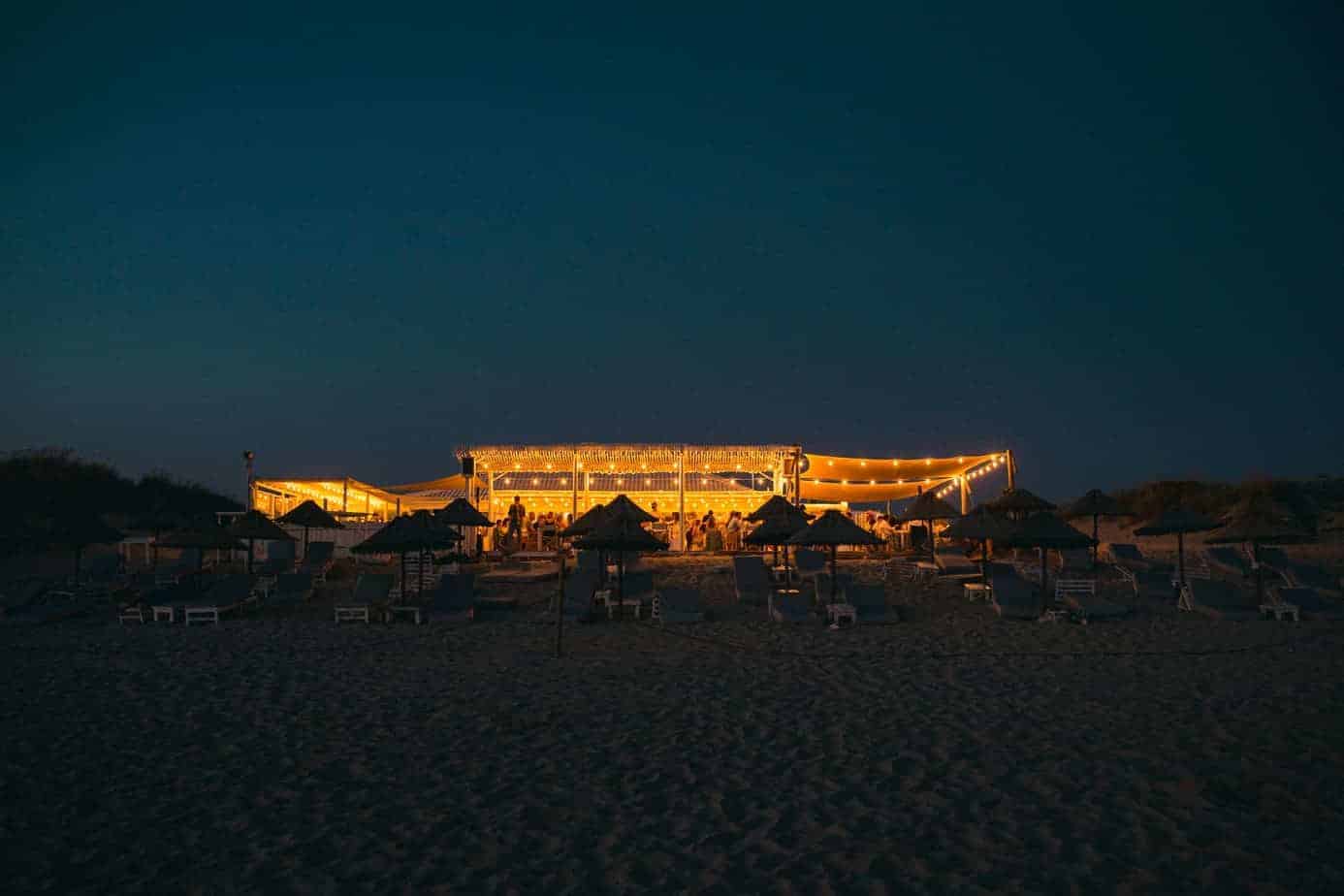 Where to Find Unique Event Spaces in Lisbon 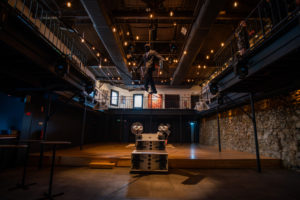