The Catalan Food Guide For Event Planners in Barcelona

Calling all event planners, foodies, and forward-thinking tourists, here is your ultimate guide to Catalan food. We’ll take you from drinks through the mains and desserts from start to finish.

Now, before we get to the good stuff, we know that Catalan food and Spanish food are not interchangeable. However, we will be talking about Spanish food here, too, because they share a lot of the same roots.

And if you’re planning an event in Barcelona and have your heart set on Indian food, tacos, or something more international, we respect that. Moreover, we can help you. Our local experts can point you in the direction of the perfect caterer for you.

But for those looking to find that perfect traditional dish, all that’s left to say is to get reading, and we hope you enjoy it!

If you’ve ever been to a restaurant, a party, or a corporate event, you’ll know that your drink always comes before your food. So, event planners, we’re going to start talking about drinks. Because no event caterer in Barcelona can be taken seriously without coming supplied and knowledgeable on some of the following treats…

So first things first, let’s talk about wine. Spain is a country that is famed for its wine. They’re not only a mass producer, but they’re a quality producer.

Rioja is the star of the Spanish wine scene and is very fashionable right now. It’s defined by its oak-aged distilling process, known to give off notes such as coconut, vanilla, dill, and caramel.

If you want a real Catalan wine, then you’re going to want Cava. Cava is sometimes referred to as Spanish Champagne. However, we think that’s a disservice. Cava is a glorious sparkling white wine in its own right.

However, wine isn’t for everyone. Well, conveniently enough, you’ll find plenty of local and regional beers to choose from. The most well known is Estrella. However, while you’re in town, try some lesser-known Barcelona made classics such as Moritz, Eixample Pils, 1480, and Bogatell!

Tapas is perhaps the first thing you’ll think about when discussing Spanish food. And rightly so. In short, they’re small traditional dishes that are firstly savoury, and secondly, designed to be served as snacks or starters.

Event caterers in Barcelona have to be familiar with the term embutidos. It’s the collective term for a platter of cured meats. Cured meat is a quintessential part of Spanish food and the crux of what tapas is about.

Another traditional dish you simply have to offer your guests is patatas bravas. They’re a unique Spanish take on fried potato wedges, served with a gently spiced tomato sauce.

Croqueta is another treat to offer your guests: deep-fried goodness filled with anything from salted cod to jamon. Or how about well seasoned grilled shrimp skewers

And finally, why not give your guests a surprise in the form of cargols? They might be interested in knowing that snails are a part of Catalan cuisine, not just French!

Botifarra (sausage) is a traditional dish that all visitors to Barcelona have to try. It’s synonymous with Catalan cuisine, but it’s mainly associated with the mountains and the charming old city of Vic.

It’s a long, heavily seasoned pork sausage, grilled and served with mongetes (white beans). As well as being homely and delicious, there’s an honesty to botifarra, served very simply, with no fancy garnish.

Botifarra Dolça (sweet sausage) is another variation that is not as common but is just as enigmatic and magical. This sausage is sweetened with sugar, lemon, and sometimes cinnamon. You can find it served either raw or dried, and it has to be tried if you’re near a market.

Up next on our Catalan food guide is a traditional dish, escudella. This is a hearty stew, made from meat, beans, potatoes, cabbage, and occasionally with pasta too. What distinguishes it from other stews around the world is that it’s separated into three separate courses: first, you have the broth, then you have the meat, and finally, the vegetables.

Our final meat option in our Catalan food guide is xai rostit amb 12 cabeçes d’all. This literally translates as “lamb roasted with 12 heads of garlic”, and that’s precisely what it is! Sounds good, right?

This is the part of our Catalan food guide where we talk about fish. It makes sense that Catalan cuisine is stacked with superb seafood dishes. It’s a coastal region, after all!

A traditional dish every event caterer in Barcelona should get to know is Suquet de peix. It’s a seafood stew that’s given stunning depth with potatoes, garlic, and tomato. The great thing about this stew is that it can be made with any kind of fish you like, preferably what’s been caught fresh that day on the Catalan coast!

Or how about wowing your guests with something they almost certainly won’t have tried at home: fideuas. It’s similar in technique and style to a seafood paella. However, what sets it apart is that it’s made with short noodles instead of rice.

If you prefer your fish to be a touch less heavy, how about a salad? Esqueixada is a firm favourite in Catalan cuisine. It’s made with peppers, tomatoes, onions, red wine vinegar and shredded bacalao. Bacalao is the fish ingredient – you might know it as salted cod.

We couldn’t write a guide to Catalan cuisine without mentioning one of its most iconic stars, Pa amb Tomàquet.  It’s not just a core fixture of Catalan food. It’s a core part of the region’s identity.

Pa amb Tomàquet, for something so iconic, is remarkably simple. It’s bread rubbed with tomatoes. And although this is considered Spanish food by many, Catalans will be quick to tell you that it was theirs first and that theirs is better!

Another traditional part of Catalan cuisine is calçots. They’re a mild type of green onion that is unique to Catalonia. These delicious vegetables are cooked on barbeque pits in the winter months. They’re charred black and served in a romesco sauce (read more about that later).

To enjoy them as the Catalans do, wash them down with some red wine, followed by a hearty meat dish. And, of course, don’t forget to put on your bib!

Our final recommendation for vegetarian Catalan food is escalavida. We’re talking about a stunning dish of roasted vegetables, traditionally including grilled aubergines, red peppers, onions, and tomatoes. They’re skinned and de-seeded and served with oil, and it’s a stunning traditional dish.

Every event caterer in Barcelona has to have a good romesco (the sauce served with calçots). It’s a crucial element in Catalan cuisine, made from almonds, roasted garlic, olive oil and dried red peppers. It is a traditional accompaniment to a fish dish; however, it’s versatile to go with whatever you like!

And then, of course, you have aioli. Alioli is a staple sauce in Spanish food. It’s a simple yet effective sauce that is outrageously more-ish; you can make your own by whipping up olive oil and garlic over a long time to make a beautiful white paste your guests won’t be able to get enough of!

First up, we have Crema Catalana, a close relation to a French Crème Brulée. However, a Crema Catalana is made thusly: sugar, egg yolks, cinnamon, and burnt at the top!

If you prefer something less sweet, might we recommend mel I mato: a soft, unsalted goat’s cheese served with honey and sometimes walnuts; quintessential Catalan food that is a splendid palette cleanser.

And finally, moving back to the sweet stuff, every event caterer in Barcelona should be familiar with panellets. They’re adorable sweets, small and round, made with almonds, sugar, eggs and pine nuts. You can have fun with the coatings; they’re rolled in pine nuts in a traditional dish, but you can put whatever you want on them!

You’ve reached the end, and now you’re well versed in the world of Catalan food. We hope you’re more inspired than ever to explore Catalan cuisine for your event in Barcelona.

And now that you’ve got an idea of what food to provide, you’ll need the perfect venue. We can help with that, too, because exciting corporate event spaces are our line of business! So make sure you check out our exciting collection of private dining venues in Barcelona.

But before you go, here’s even more expert advice to really make the most out of your time in this magical city: our guide to fun team building activities in Barcelona. And with that, that’s the end, good luck and goodbye! 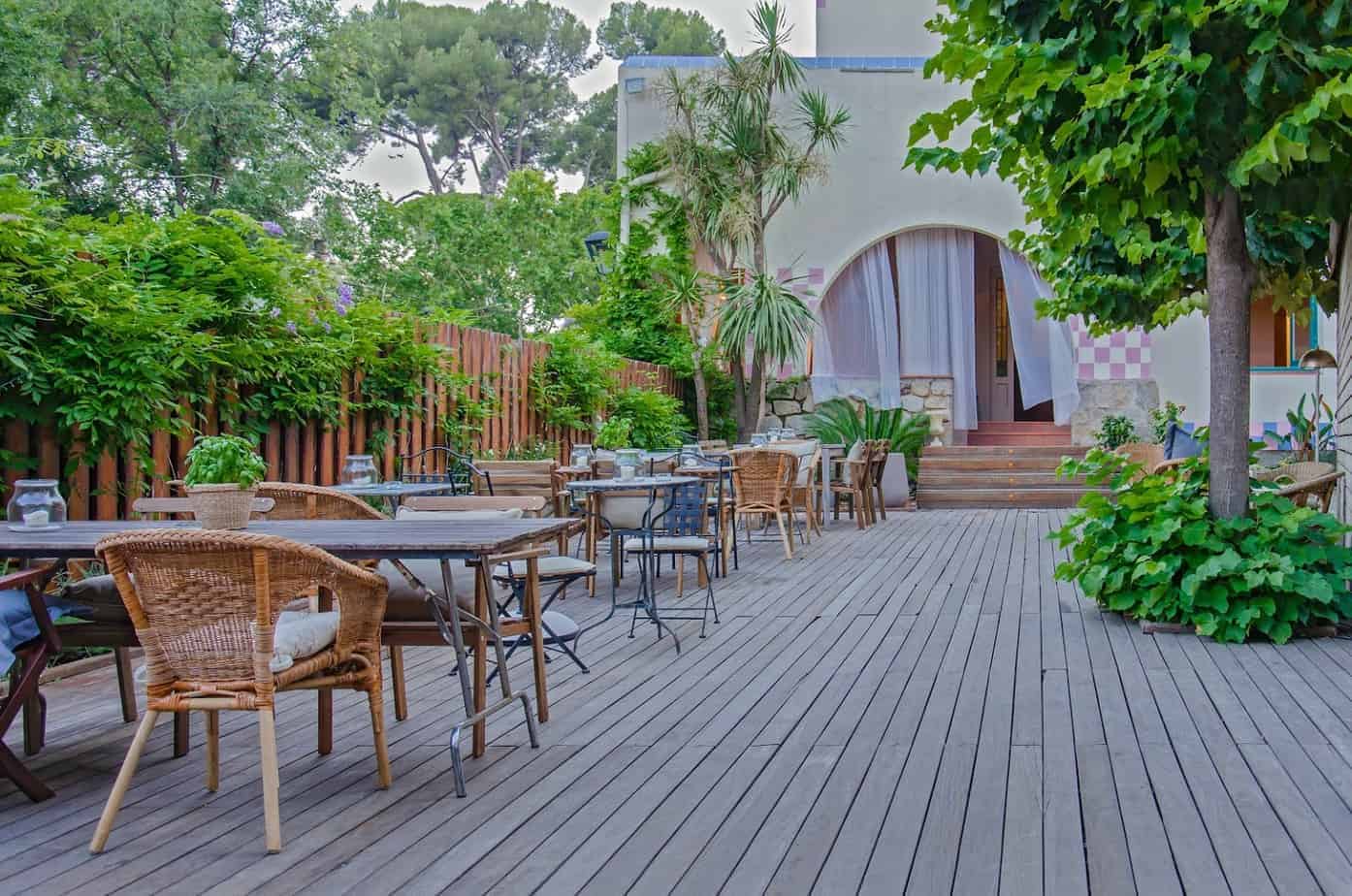 A Guide to Eco-Friendly Event Suppliers in Barcelona 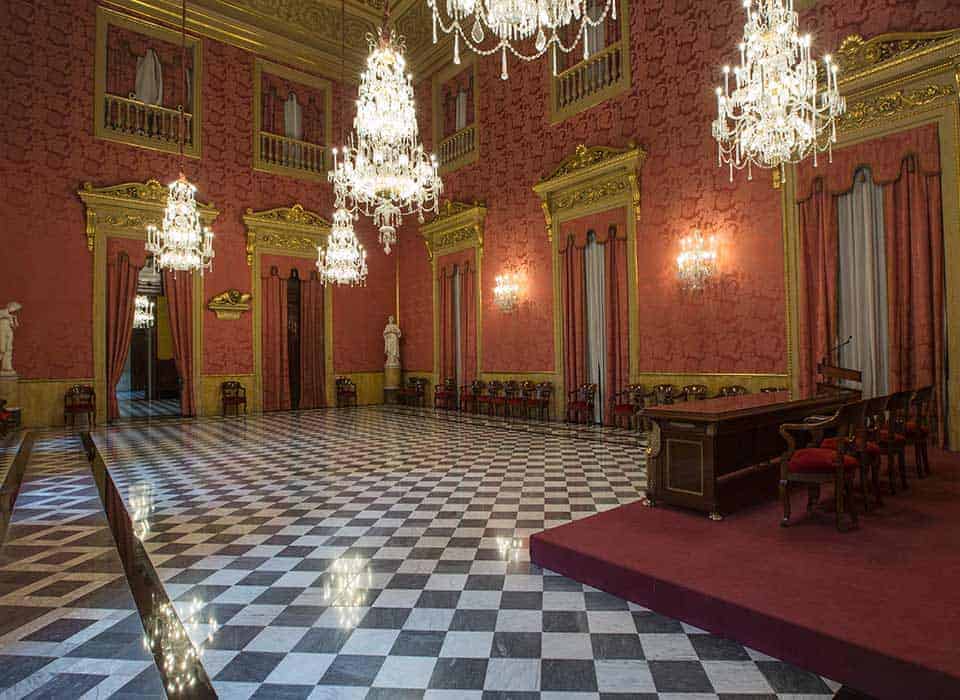 A Guide to Event Branding in Barcelona

Getting Around Barcelona: An Event Planners Guide 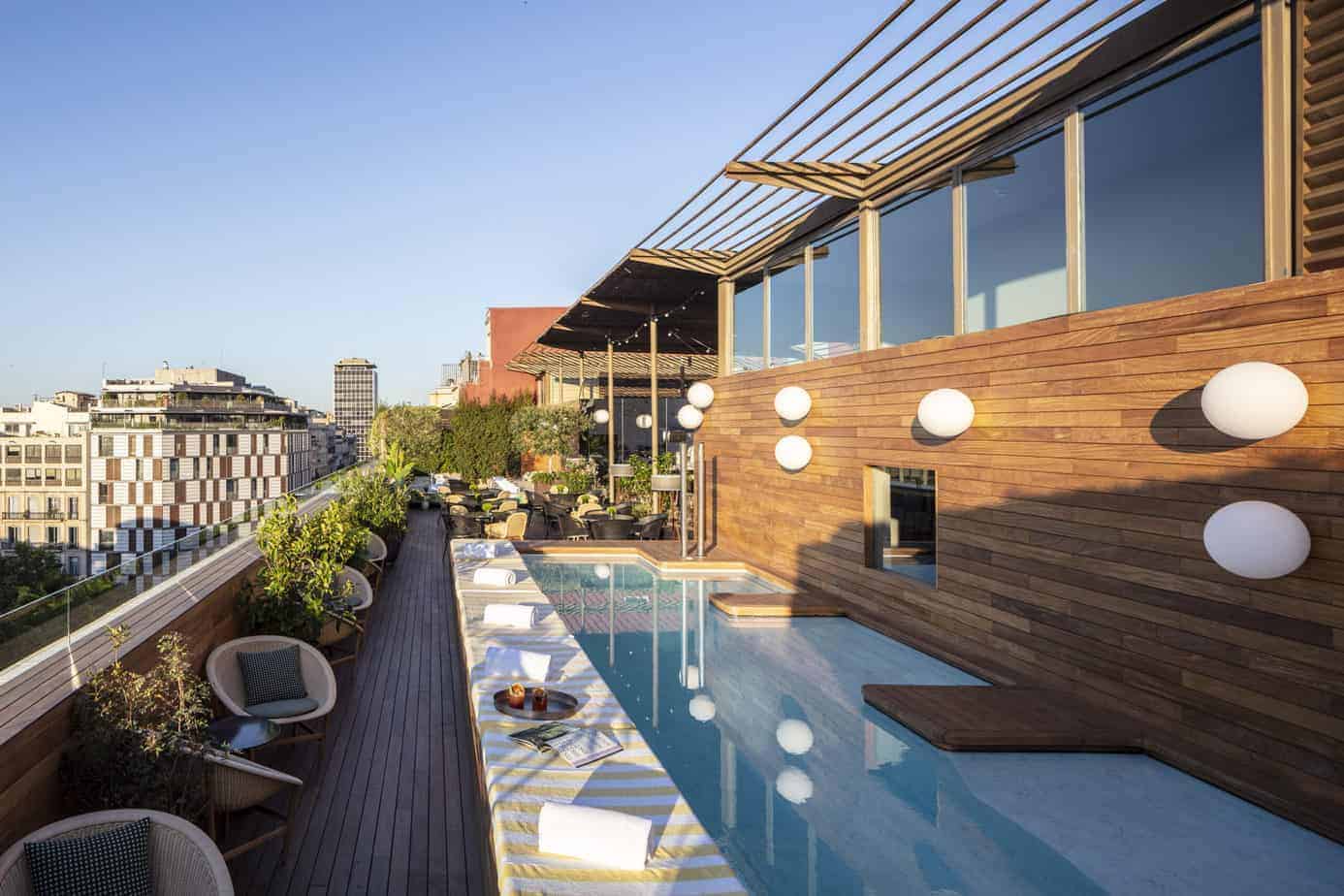 How to Source Decor and Event Furniture in Barcelona 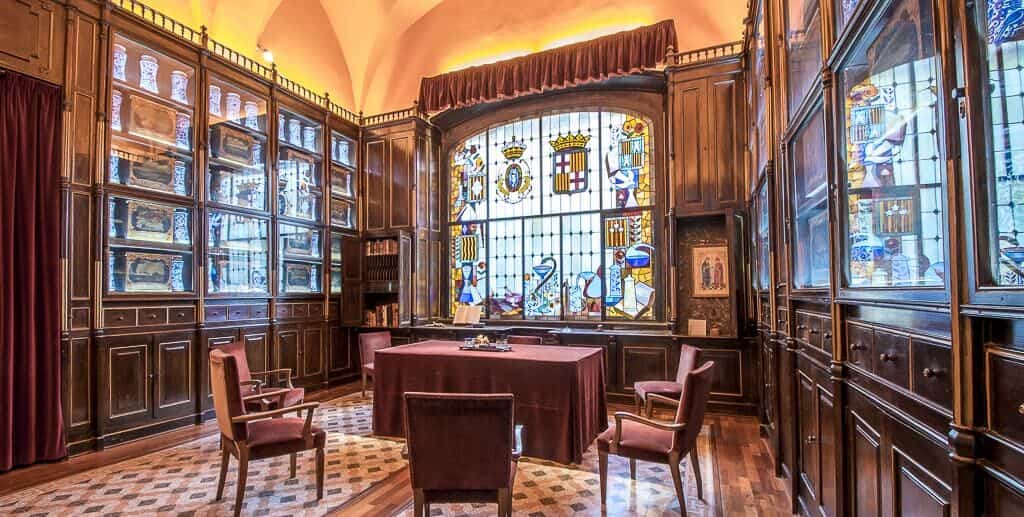 The 5 Best Videographers For Your Event in Barcelona 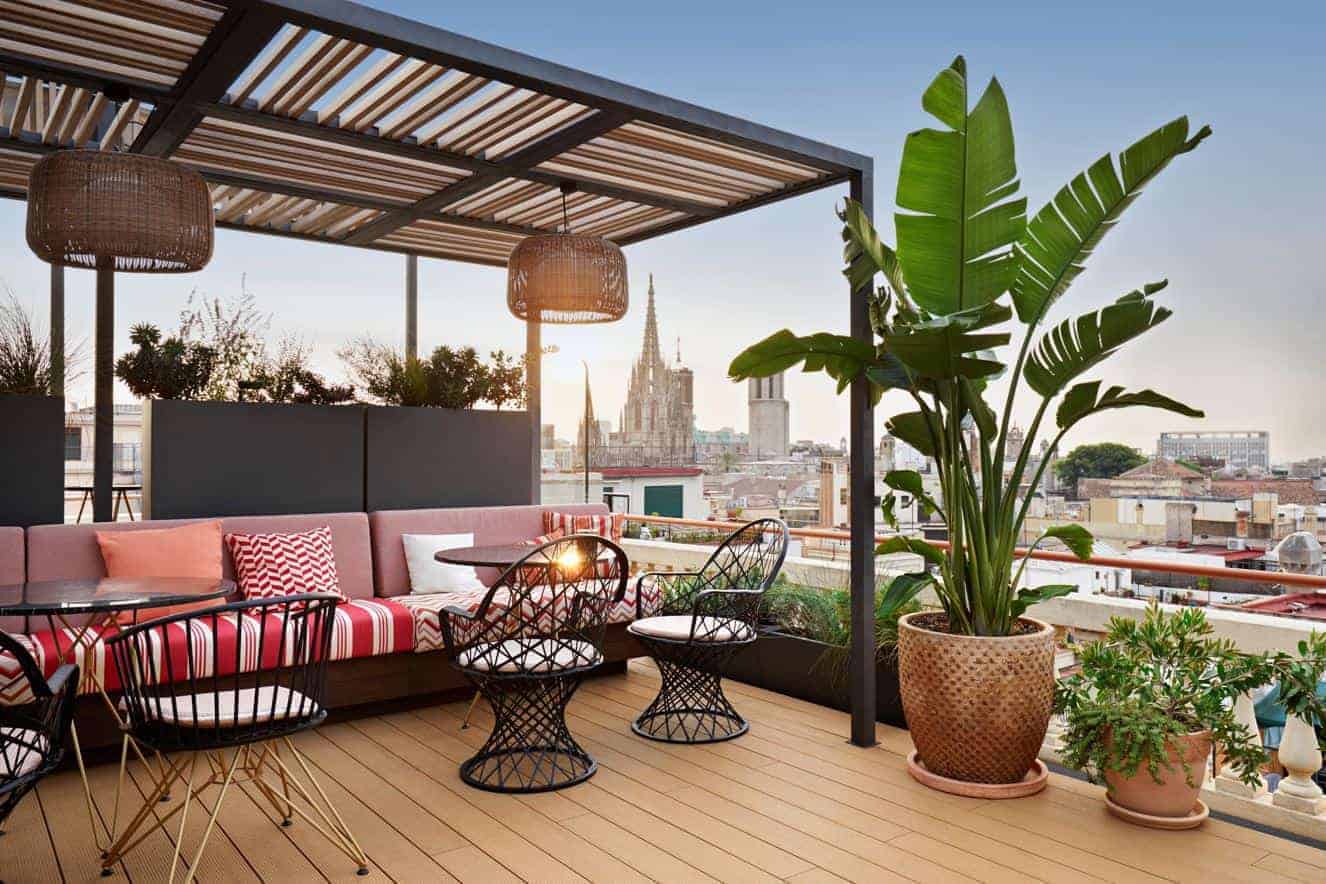 Choosing a Hairstylist For Your Events in Barcelona 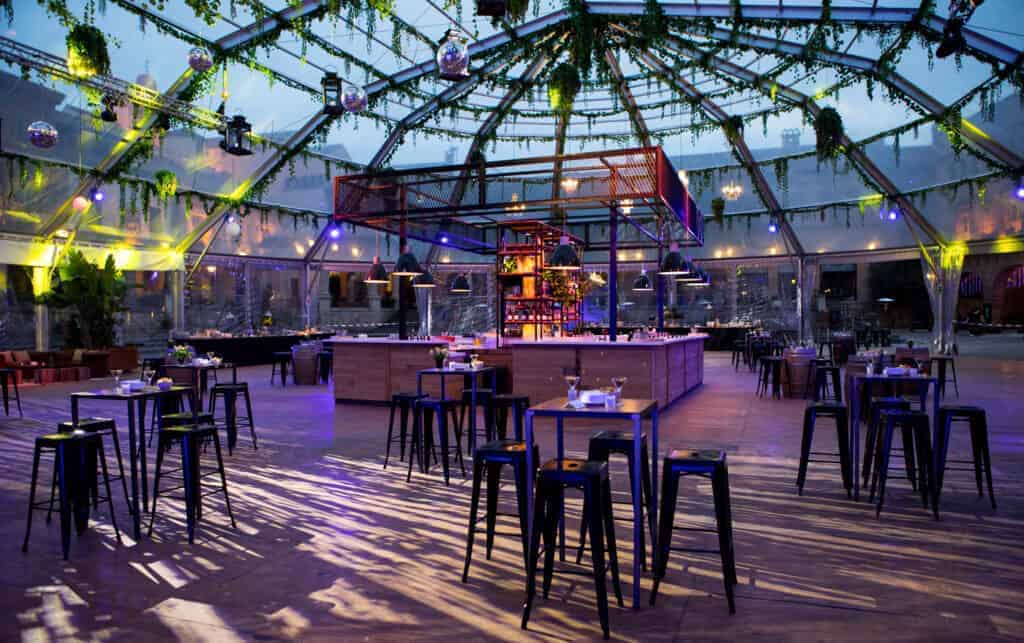 Where to Host a Blockchain Event at ETHBarcelona 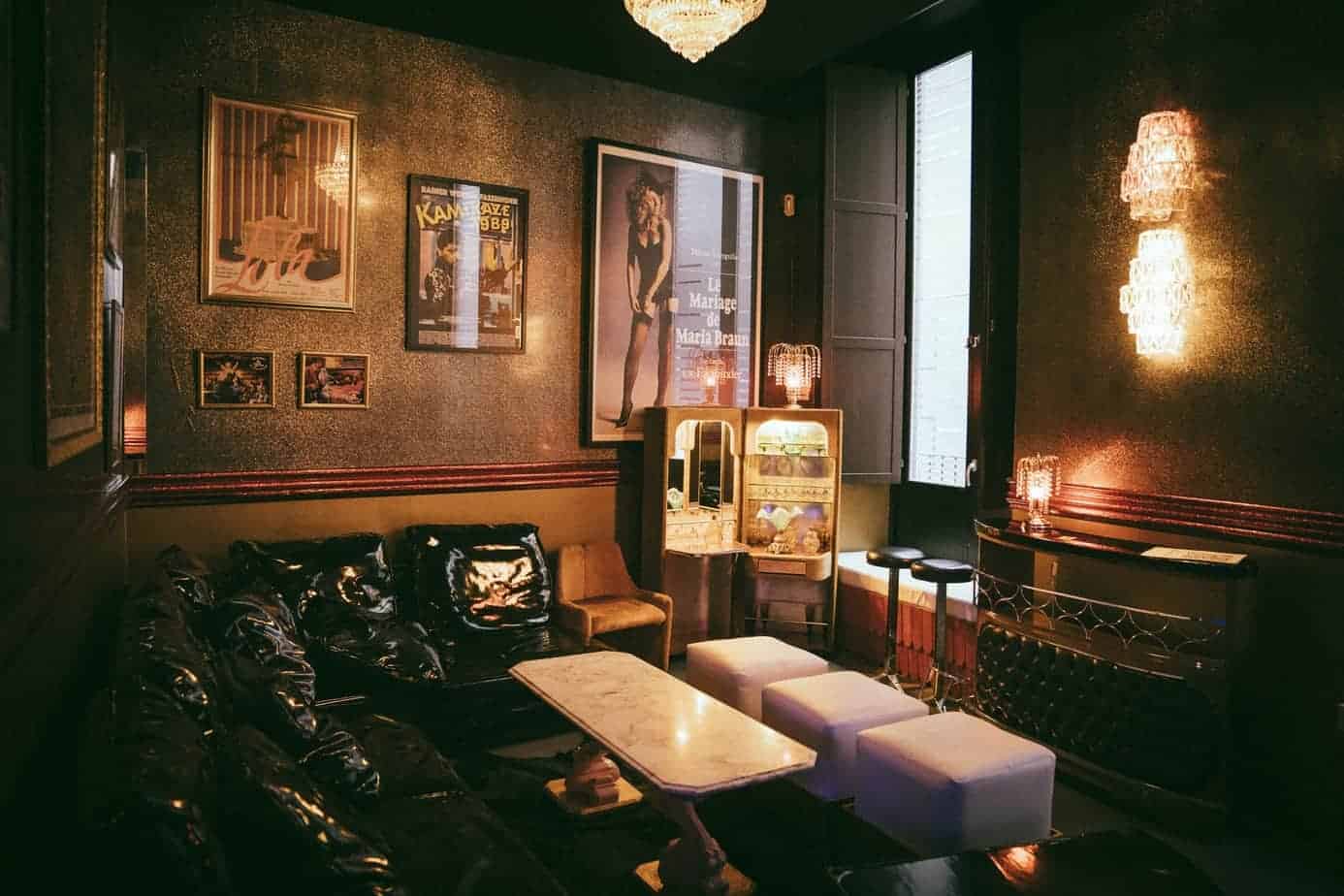 Choosing a Makeup Artist in Barcelona 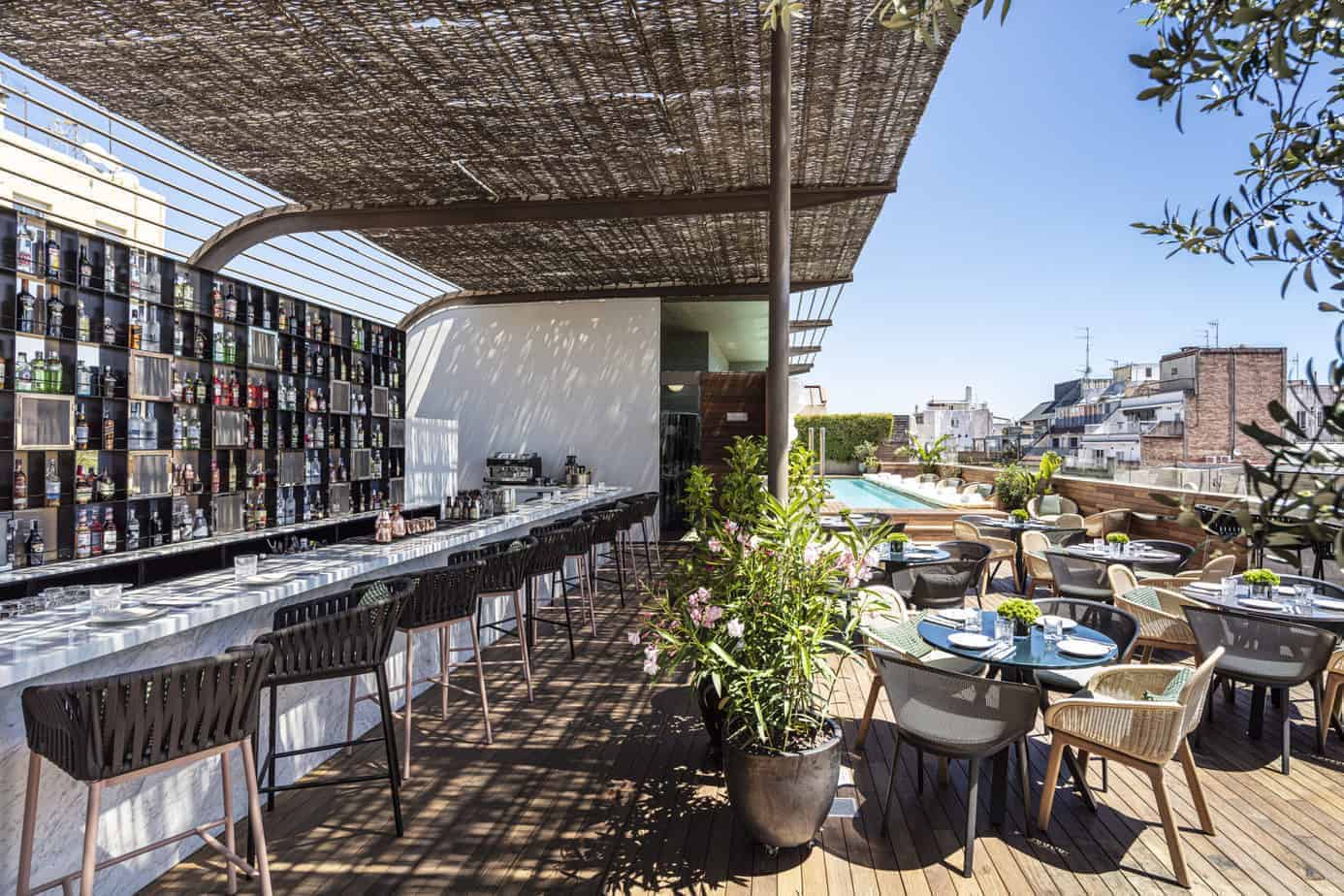 How to Host the Perfect Outdoor Catering Experience in Barcelona 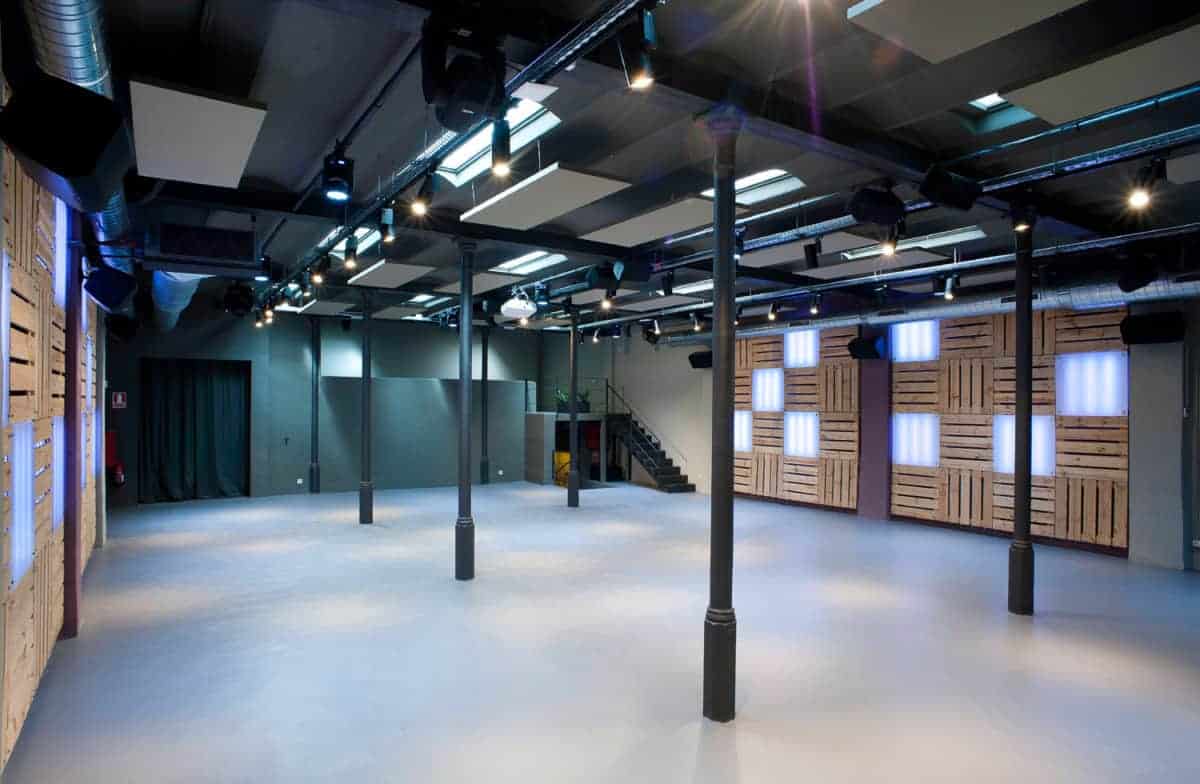 How to Choose a Venue For Hybrid Events in Barcelona 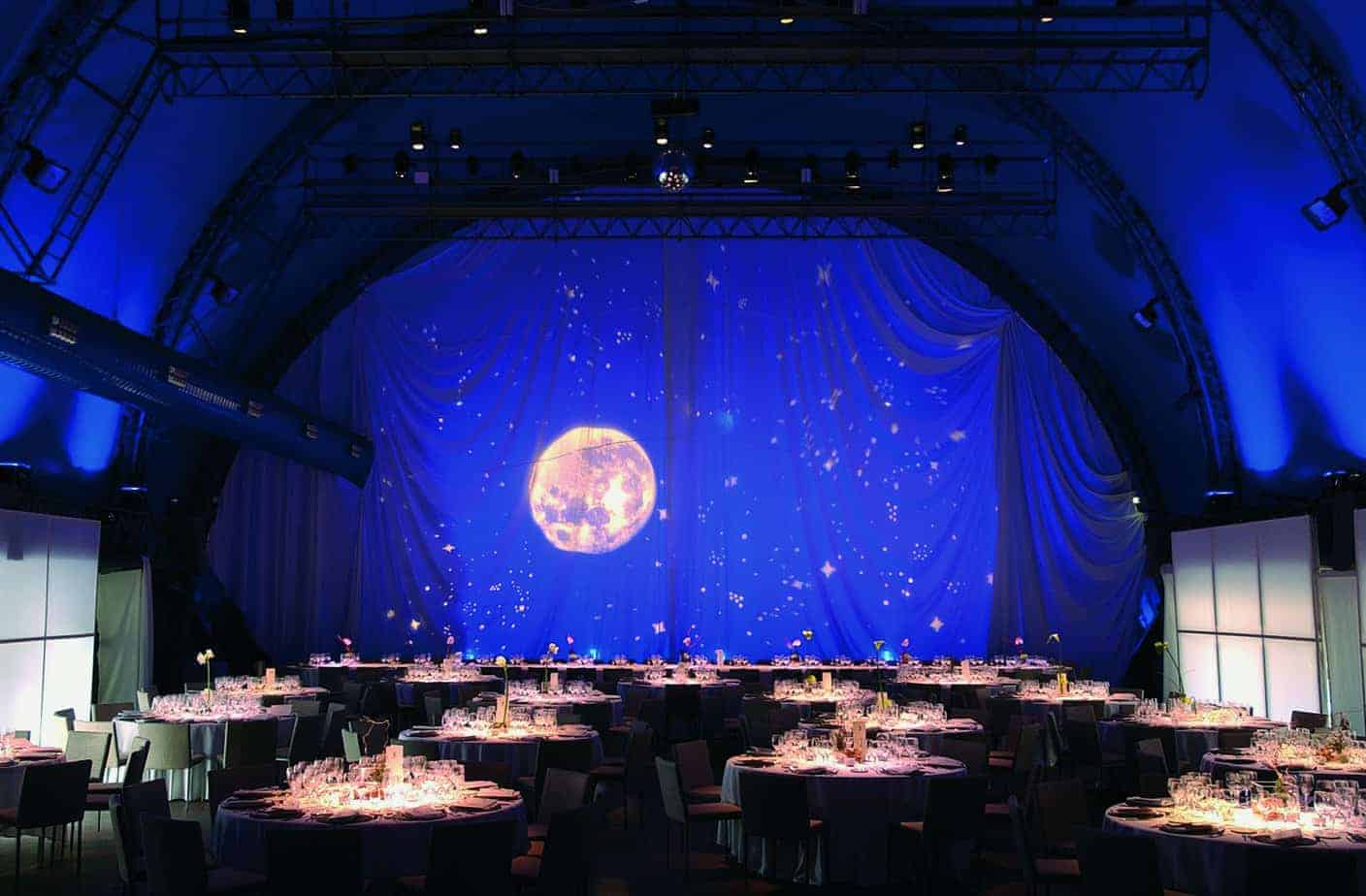 The Ultimate Guide to Event Entertainment in Barcelona 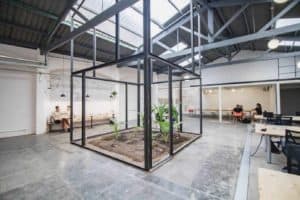