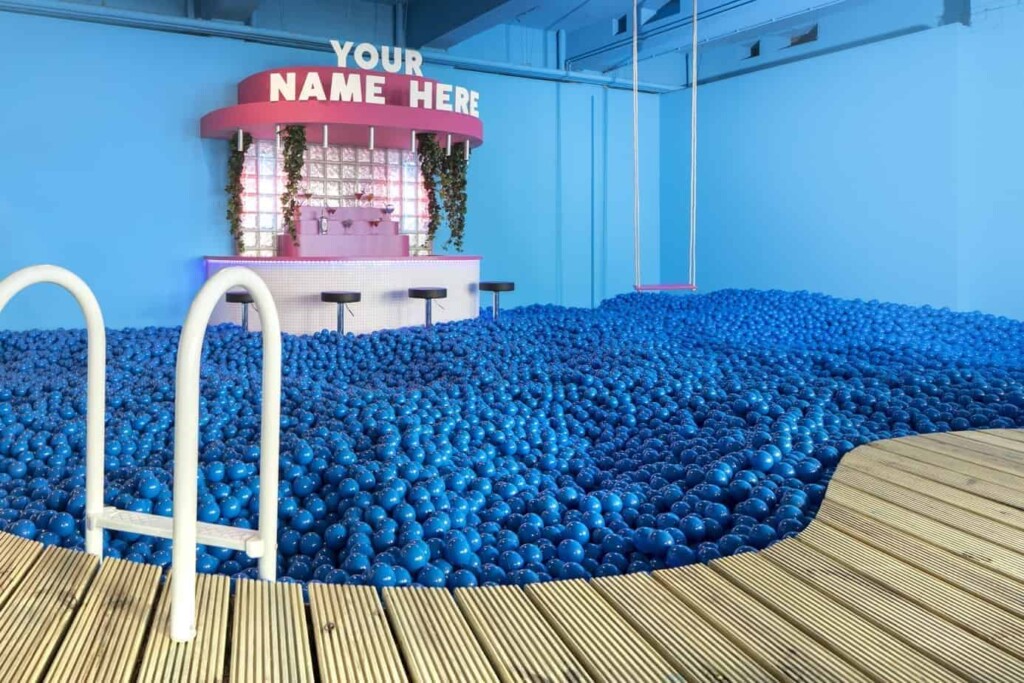 Team outings are a great way for your colleagues to get acquainted outside regular office hours. Maybe you’ll find out the Creative Content Manager is a really cool guy and not boring at all; perhaps you’ll find out the Operations Director isn’t such a hardass after all!

We’ve put together some fun team outing ideas in Amsterdam that your colleagues will love. So all you need to do is figure out how many are in, and what your budget is. Show your team the ones that match and let them pick their favourite!

Imagine, the year is 2030. You’re in the Green Academy. Your goal is to be selected for the pilot team of the first subsonic space glider using renewable energy, the Green Impulse. But beware, a strange force is working to sabotage the project.

Green Impulse is an online team strategy game. It teaches that success is best achieved when working together. And like the best strategy games, there’s no one way to achieve your goal.

This team outing idea in Amsterdam is suitable for anywhere between 10 and 1000 people! It’s short and sweet lasting between 90 and 120 minutes.

So this creative pool space is a magnificent choice for private events. And we promise you won’t have seen anything like this before. It’s bright, quirky, and guaranteed to give your event good vibes.

The pool is so cool that it can take some time to notice how well the rest of the space is designed. Don’t miss the wooden flooring, cute basket weaved seating, neat brick walls, or the sprightly and imposing all-white roof!

Whether it’s an afterwork, a reception or workshop, your guests will love it. It can hold up to 120 people for a standing event and 30 in a seated arrangement.

The canals and waterways of Amsterdam are charming. And your team can explore them with Plastic Fishing. It’s a fun team outing idea in Amsterdam that makes the world a better place.

Plastic Whale is the social enterprise behind Plastic Fishing. Their dream is to make the world’s waterways plastic-free.

The concept is pleasingly straightforward. You are guided around Amsterdam’s old waters by a knowledgeable captain and scavenge and fish for plastic objects. The objects brought ashore are then turned into boats (like the boat you’ll be in), furniture, or other useful objects.

It’s a well-known fact that one of the best ways to incentivise people is to introduce a competitive element. Plastic Whale does this by offering two prizes to their fishers—one for the team who fish the most plastic, and the other is for the weirdest object.

Crazy golf just got that little bit crazier. Glow Golf is Amsterdam’s only fluorescent golf course. Your team will love this competitive, but not too serious team out idea in Amsterdam.

It’s a weird and mesmerising space, blacked out except for the neon course decor. It’s hidden away in the basement of an unassuming but cool looking brick house bar.

And what’s more, you can take your drinks around while you do it!

When you watched Lord of the Rings, which character do you wish you were? If you had to choose, most of you would probably say Legolas.

This, friends, is your chance to let your inner Legolas loose.

Archery Tag is one of the hottest trends right now and comes all the way from America.  It’s a surprising combination of dodgeball and archery.

What is Amsterdam’s most notable physical characteristic? Its canals. What is the most romantic and idyllic way-to see Amsterdam? Through the canals!

Floating Amsterdam is an intimate cruise service. They gently take you around Amsterdam’s most choice canals. It’s comfy, spacious, and they keep you well-fed and watered too.

The crew is attentive, and more than happy to teach you about their city, and answer any questions you might have about old Mokum (an old local word for Amsterdam).

Booking, Mcdonalds, Nike, Philips, Sony, we could go on, and on. What do they all have in common? They’re wildly successful. They’re also happy clients of VRGH Arcade. Do yourself a favour, and become a thrilled client of theirs too. It seems to work.

They offer a wide range of packages that can include food and drinks, or just straight gaming. Their premises are funky, atmospheric blasts from the future that your team will quickly fall for.

Host competition sessions, multiplayer, or tournaments. The most important thing is that they make it social. Because despite any stereotypes of gamers you might have, it’s an experience best shared.

We have to give it to this dazzling and playful event space, they have a pretty good tagline: experience the art of play.

This venue is Amsterdam’s first immersive experience venue. They have over 15 interactive installations. Jump into a huge ball pit or a pool of marshmallows? How about dancing under a simulated shimmering sky?

It was built by some of Amsterdam’s most creative minds and is a venue that will fulfil imaginative fantasies and drag you out of this world for a short break.

This venue is versatile, and can be your space for receptions, product launches, gala dinners, and of course, team building adventures!

This museum space is a groundbreaking experimental event space and social media museum. The exhibition spaces are indeed social media related, and more so, they’re about our role in it.

It’s a fascinating space in which you are not only a guest, but you’re also the critic, the artist and artwork.

There are 15 unique rooms such as the sea of likes, the largest infinity room in the Netherlands, a gigantic ball pit, an LGBTQ+ wedding chapel, and a decadent bank room.

This venue is yours to throw a private party, a creative meeting, a workshop, or any other team-building event you can think of. They have a bar and catering on hand too, so you can always just go there to hang out!

We did say, these are the kind of team outing ideas in Amsterdam that will make your company cool. After all the fun, you can all take that energy and team spirit back to the office. You won’t regret it.

As you might have figured out by now, we know Amsterdam pretty well. If you’d like to learn more about the city and Amsterdam’s event venues, we’d love to hear from you!

And once your colleagues realise how much fun hanging out after work is, you’ll be desperate to find other stuff to do. Maybe you’re interested in going to one of the 13 best bars in Amsterdam for an afterwork? 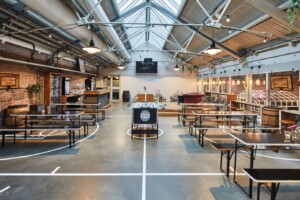 Where to Watch the Euros in Amsterdam 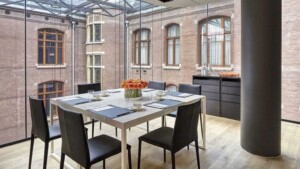 The Top Boardrooms in Amsterdam 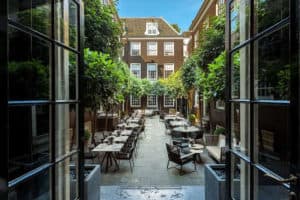 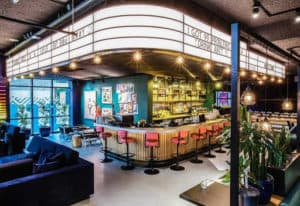