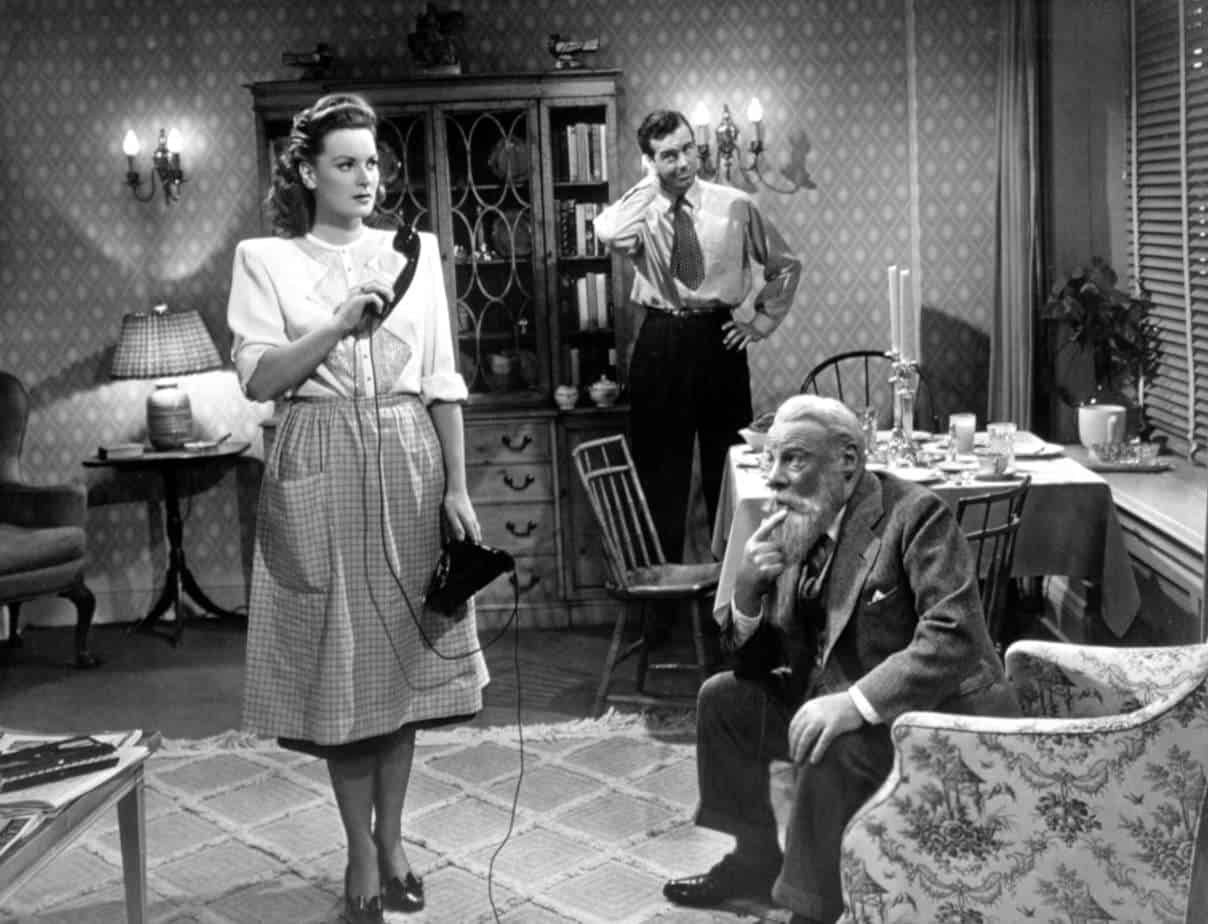 Despite its massive size, the events industry and its professionals are rarely portrayed in movies. Perhaps a missed opportunity considering how the lives of event planners are, so to speak, quite eventful.

We have compiled a list of 6 films that either portray, document or just laugh at the lives and projects of various event planners. Ranging from documentary to romcoms, in each example, it becomes evident that planning events is not a task for the faint-hearted. Definitely a must-see for any event-prof out there!

The Netflix documentary directed by Chris Smith that became a hype in 2019, lays down the chaos that the Fyre Festival was in 2017.

Fyre was a super campaigned-for festival on a paradisiac island (falsely alleged to be owned by Pablo Escobar). It featured a line-up with the most notorious artists and bands at the moment, adorned with celebrities guests, being produced by a famous rapper and the Kardashian sisters as advertising girls. What could go possibly wrong in this event? Turns out, EVERYTHING.

We start seeing the outcome of the true marketing blow from the perspective of the guests themselves – mostly of the young millennial audience who spent thousands of dollars on their VIP tickets.

Lacking any infrastructure (or drinkable water, for that matter), under bad weather conditions and really, really dodgy organizers, the festival ended up being canceled on its first day amidst colossal chaos of air mattresses and pale cheese sandwiches being thrown around.

Every year, on the first Monday in May, the greatest of New York’s fashion parties is held for the purpose of raising funds for the clothing department of the Metropolitan Museum of Art, The MET Gala, and to open the annual industry exhibition.

The famous MET Gala has been around since 1948 and is the world’s leading fashion event. It hosts the world’s most influential celebrities and philanthropists, wearing clothing inspired by the themes of each year by, of course, the most notorious fashion designers. 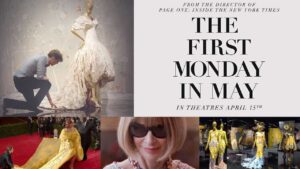 “The First Monday in May” is a documentary that shows all the preparations for the MET Ballroom, including the backstage of the organization of the event, preparation of the 2015 exhibition, red carpet and the day of the event itself. Needless to say, it is definitely instructive for those of you who are interested in how events of this scale take place.

To show you step-by-step how this event is organized, director Andrew Rossi has followed the main planners of the ball on a daily basis: American Vogue’s editor-in-chief, Anna Wintour, Special Projects director Sylvana Ward Durrett and the curator of the Metropolitan Museum of Art’s Costume Institute, Andrew Bolton.

The film debuted in 2016 at the Tribeca Film Festival and can be watched online at its official website.

“The Ultimate Wedding Planner” premiered at the Cannes Film Festival in 2014. The documentary tells the success story of one of the world’s most famous wedding planners, the Japanese Yoshitaka Nojiri. 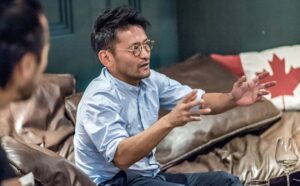 Nojiri became famous in the early 2000s and his company, One Heart Weddings, produces around 2 thousand weddings a year, as well as luxurious events for clients such as Armani, Audi, Cartier, Ferrari, Dior, and Moët. He revolutionized the concept of wedding ceremonies in Japan by holding immersive events and raising the perception of what the guests’ experience means.

The film follows Nojiri as he builds his company, displaying the prime details for his team in event planning. It is a film that also exposes Nojiri’s journey from the East to the West, namely from Tokyo to LA. The documentary features exclusive access to the vow renewal ceremony of rock star Gene Simmons and Shannon Tweed, realized by Nojiri himself. 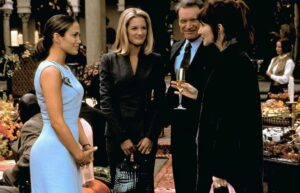 The 2001 fiction with Jennifer Lopez, who plays Mary Fiore, a respected wedding planner, follows the trail of American romantic comedies. The protagonist can turn any wedding into an unforgettable romantic event for its participants. Her career follows successfully until she falls in love with the groom of one of the weddings she is organizing and realizes the lack of love in her life.

The focus of the movie is more about the event-planning individual than the event planning profession itself and continues to galvanize many of today’s event planners due to that reason.

We all know how important the food and beverage of an event is. We also know how catering also serves to mingle the participants and immerse them in the local culture and / or the chosen theme. “The Big Night” deals with food, the joy, and the importance of a good meal, how it is able to unite people, promote interaction and be part of the memory of the guests. 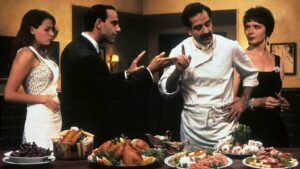 Although it premiered in 1996, the film is set in the 1950s focusing on the characters of two brothers, Primo (Tony Shalhoub) and Secondo (Stanley Tucci), Italian immigrants in the United States, who want to open a restaurant called The Paradise. Each character has a unique characteristic: while Primo is a talented chef, Secondo is a businessman. To promote the restaurant, they organize an event – The Great Night – by betting on a spectacular menu.

To wrap this up with a sweet little Christmas tale, “Miracle on 34th Street” tells the story of Doris Walker (Maureen O’Hara), responsible for organizing the Christmas Parade at Macy’s, the global department store, located at 34th Street in Manhattan.

With the resignation of the actor who played Santa in the parade, she must find a last-minute replacement. The new employee (Edmund Gwenn) meets Doris’s six-year-old daughter and makes her believe that Santa is real, reinforcing the inspirational power to believe in something. 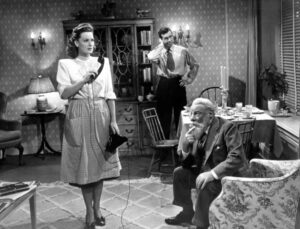 The original film is from 1947 but had a remake in 1994 maintaining the original plot with a few minor changes. This may be the oldest movie to highlight the work life of an event planner. The career itself is said to not have existed officially until 1947. Doris Walker’s character planned all her events with a single clipboard. The first version received 4 nominations for the Oscar of 1948, winning three of them – Supporting Actor, Original Story, and Adapted Screenplay.

So, get your popcorn ready and go check these movies out now, if you haven’t already! 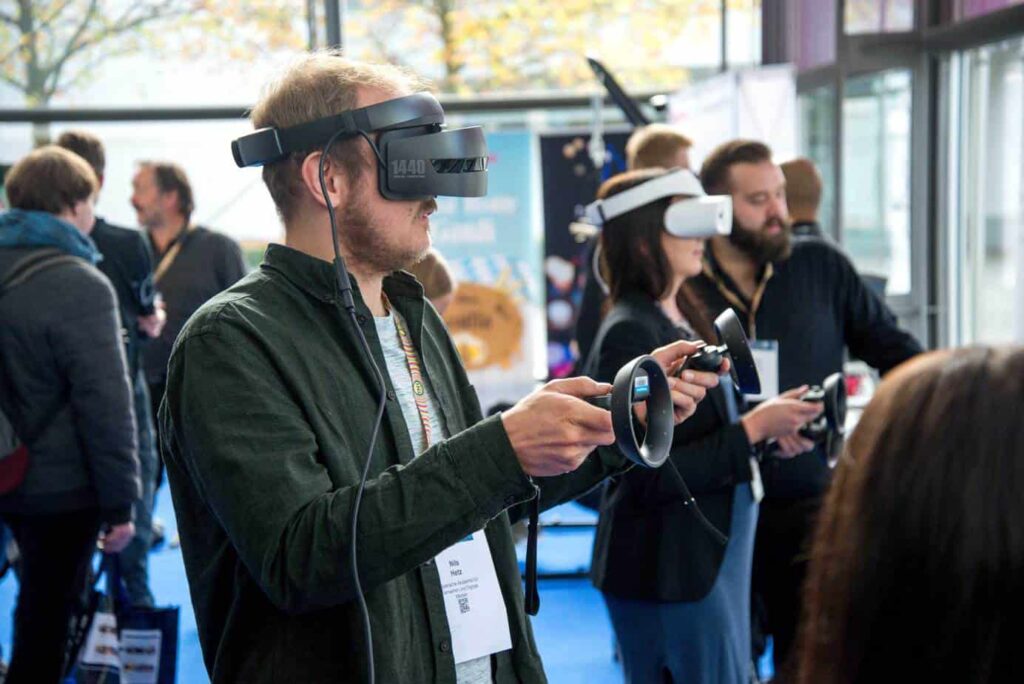 Event Trends That Will Boom in 2020

In recent years, we have seen that classic conference formats have encountered greater difficulties in attracting the same number of visitors and exhibitors as before. 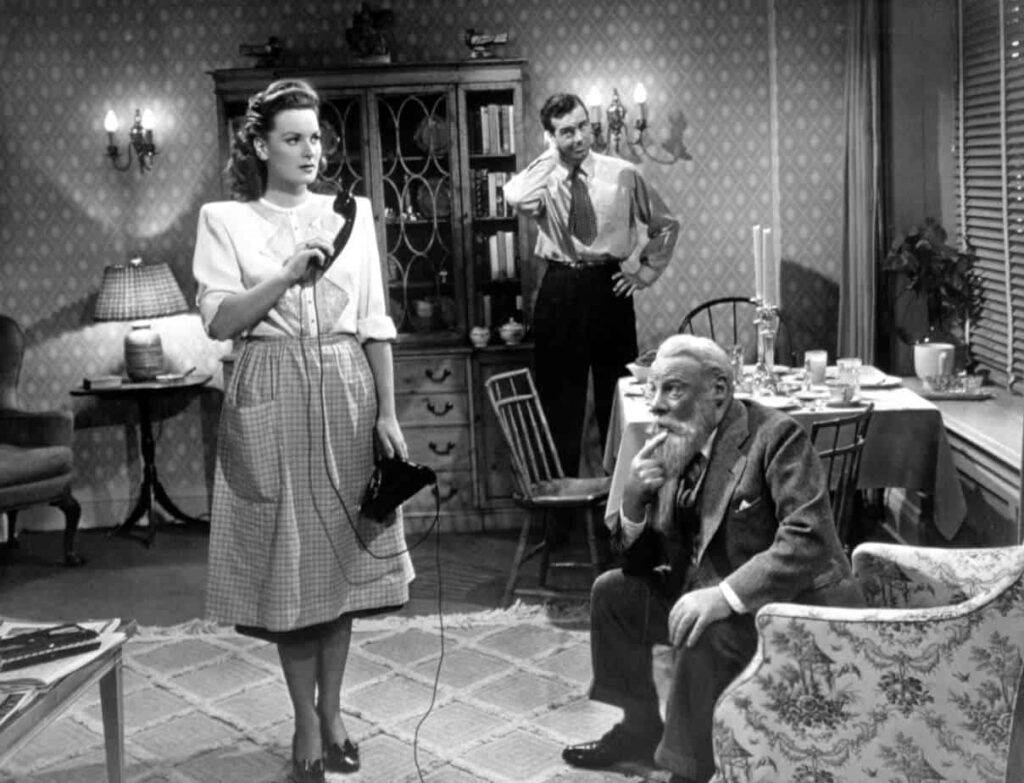 Despite its massive size, the events industry and its professionals are rarely portrayed in movies. Perhaps a missed opportunity considering how the lives of event 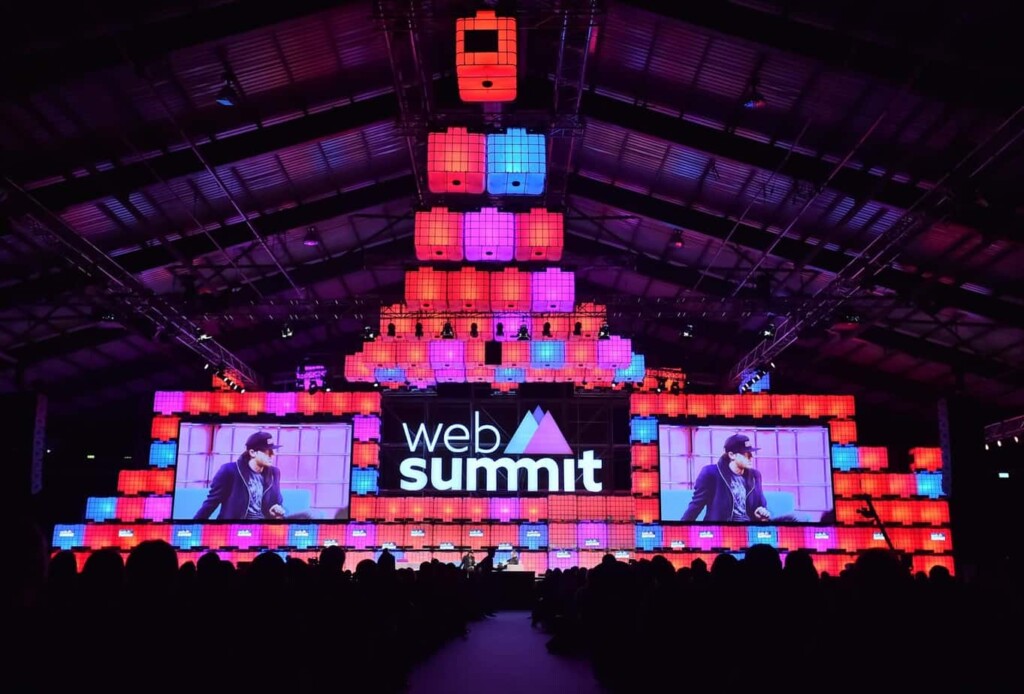 Web Summit 2019 Digest: What Trends to Expect for the Upcoming Year?

Once again we had the pleasure to attend and exhaust ourselves at Web Summit in Lisbon. If you couldn’t attend it or if you just